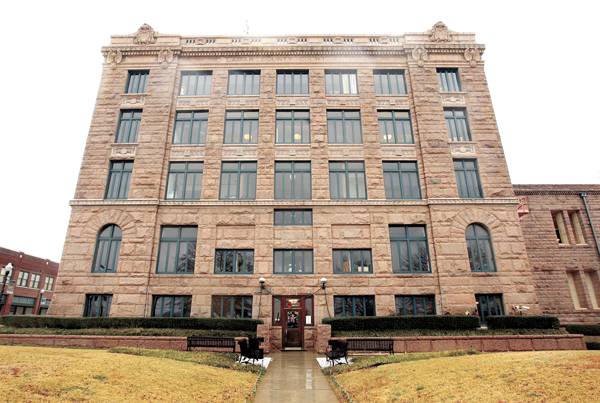 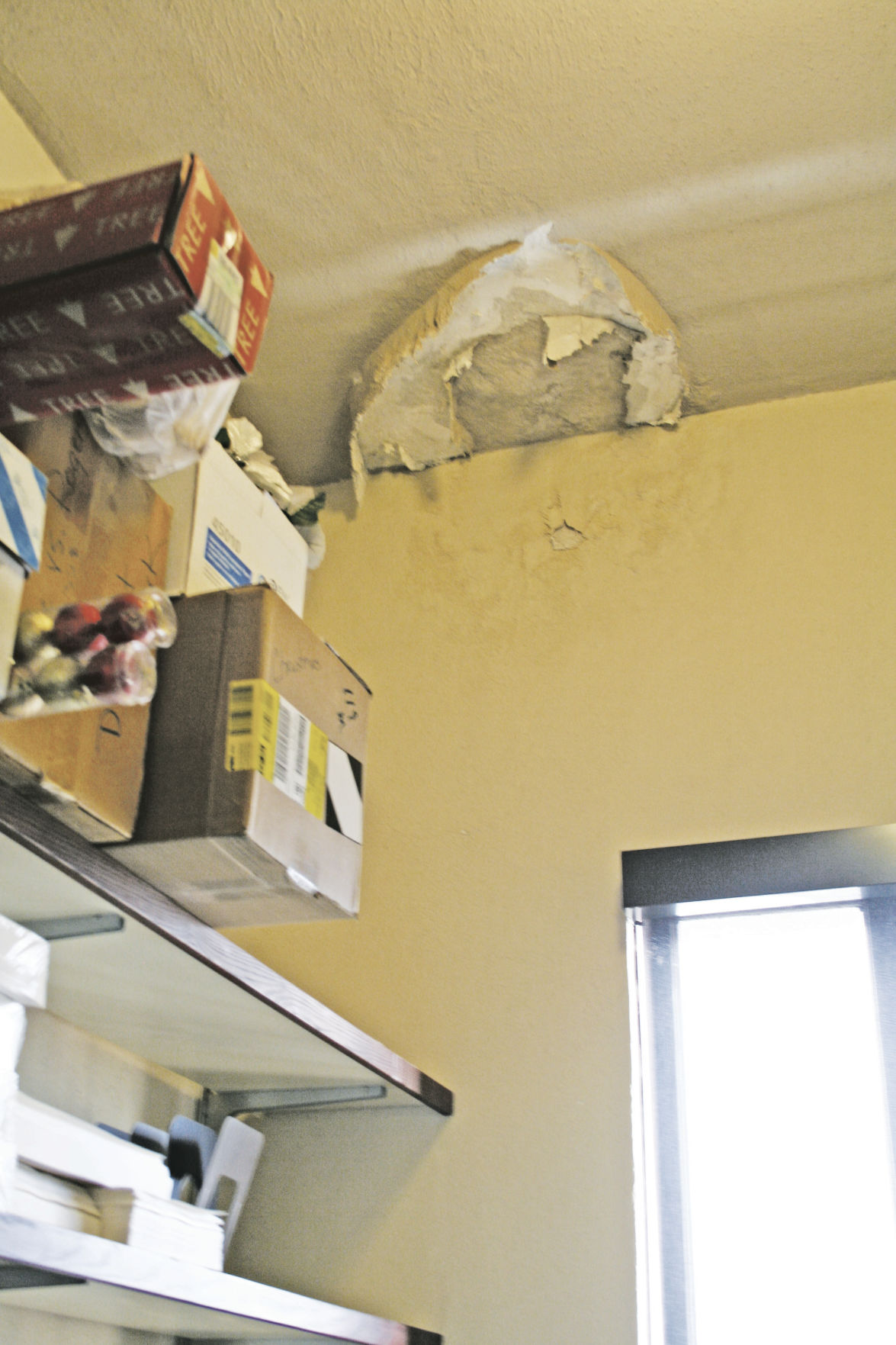 During recent rains, water poured into this storage closet on the fourth floor northeast corner of the Lamar County Courthouse.

During recent rains, water poured into this storage closet on the fourth floor northeast corner of the Lamar County Courthouse.

Lamar County Commissioners received confirmation about the need for roof repairs and inside air pressure control measures at a Monday meeting from local construction and design specialist Brad Archer of Archer Construction.

Commissioners have been chasing water leaks at the courthouse since its renovation almost two decades ago, using Archer in recent years as contract manager. Although many of the leaks have been eliminated, leaks remain problematic on the fourth floor, mainly in the district clerk’s office. Water infiltration continues in many areas through cracks in outside mortar joints thought to be caused from negative pressure within the building, Archer said at the Monday meeting.

“As this building moves, you are going to produce mortar cracks here and there,” Archer said, emphasizing the need to keep positive air pressure inside to push water out. “I never would have thought that you can pull moisture through a wall that is two-foot thick until we did the renovation on the annex, and I lived through it.”

During the 2003 courthouse renovation, Archer worked for Harrison-Walker Harper- Construction as a site manager.

“I had to change the plaster on that north wall three times while we were doing construction because the air wasn’t balanced right and it kept pulling moisture through the wall,,” Archer said. “Once we got positive pressure, the problem was alleviated for a while.”

“For every piece of equipment in this building there’s paperwork that tells you what the maintenance is, and what needs to be done,” Archer said. “We have talked with you guys about a plan for maintenance and how often it needs to be done so that you can get on top of the main issues and prevent problems instead just trying to react.”

At a March meeting, the court approved the sale of $4.5 million in certificates of obligation, which includes $500,000 for courthouse air control and $200,000 in roof repairs, part of a total $6.7 million capital improvement package that includes road equipment and repairs. Commissioners are expected to sell the $4.5 million package at an April 26 meeting.

The court took no action Monday on Archer’s previously bid renovations to the courthouse.

• Gave approval for obtaining bids for a county depository

• Appointed Lonnie Layton and Alan Skidmore to four-year terms to the Northeast Texas Housing Finance Corp. board of directors

Calm amid the chaos: Telecommunicators celebrated as ‘unsung heroes’ of emergency services

This is National Public Safety Telecommunicators Week in Lamar County, a tribute to the behind-the-scenes heroes at the Paris Police Department and the Lamar County Sheriff’s Office.

Do you believe the state’s audit of the 2020 election in four counties is necessary?

The Texas Secretary of State’s Office is auditing November 2020 elections in Collin, Dallas, Harris and Tarrant counties, a move that came hours after former President Donald Trump asked for an election audit bill to be added to a special legislative session agenda. Officials at the county, state and federal levels all say there is no evidence of widespread voter fraud in Texas. Do you believe the audit is necessary?