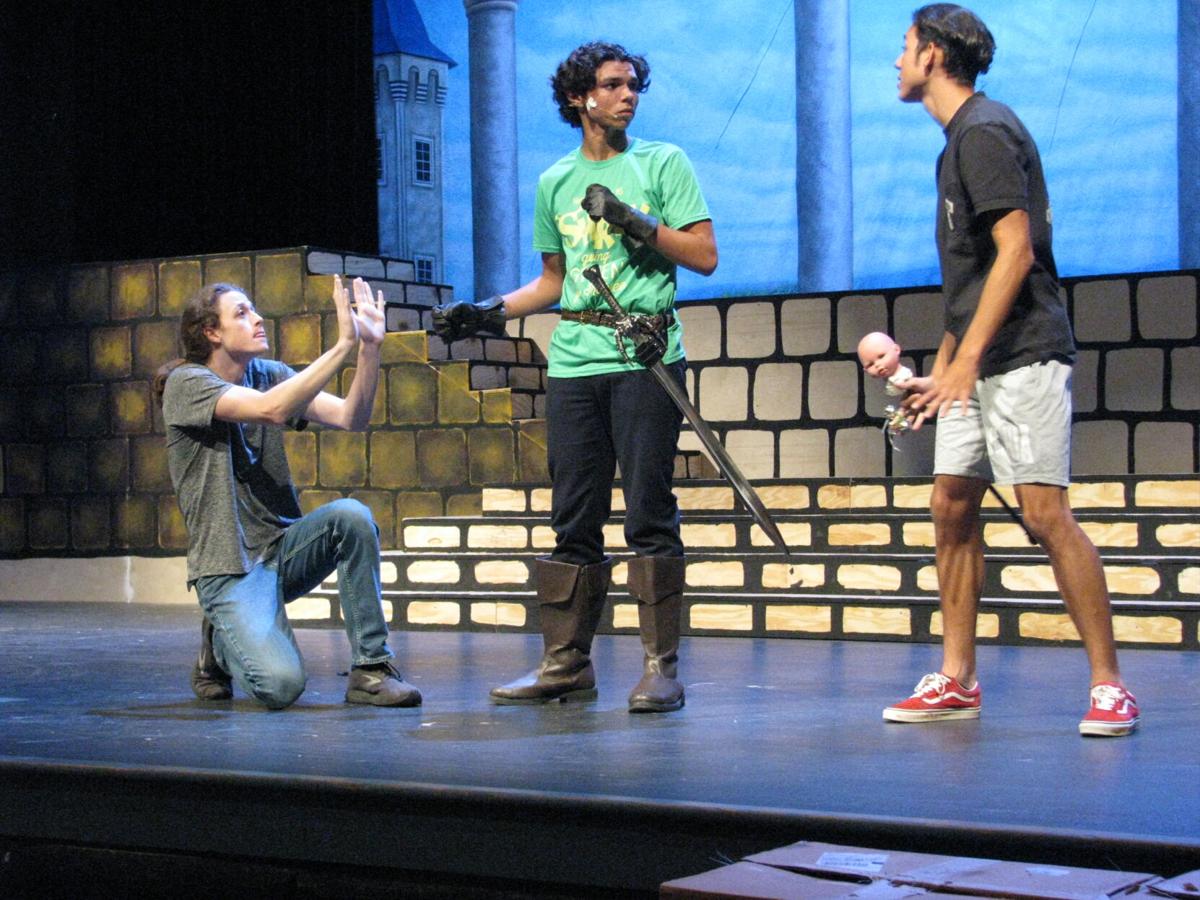 North Lamar drama students Evan Saffle, left, Richard Kelp Torres and Eric Resindez run through a scene from the school fall musical, ‘Once Upon a Mattress.’ 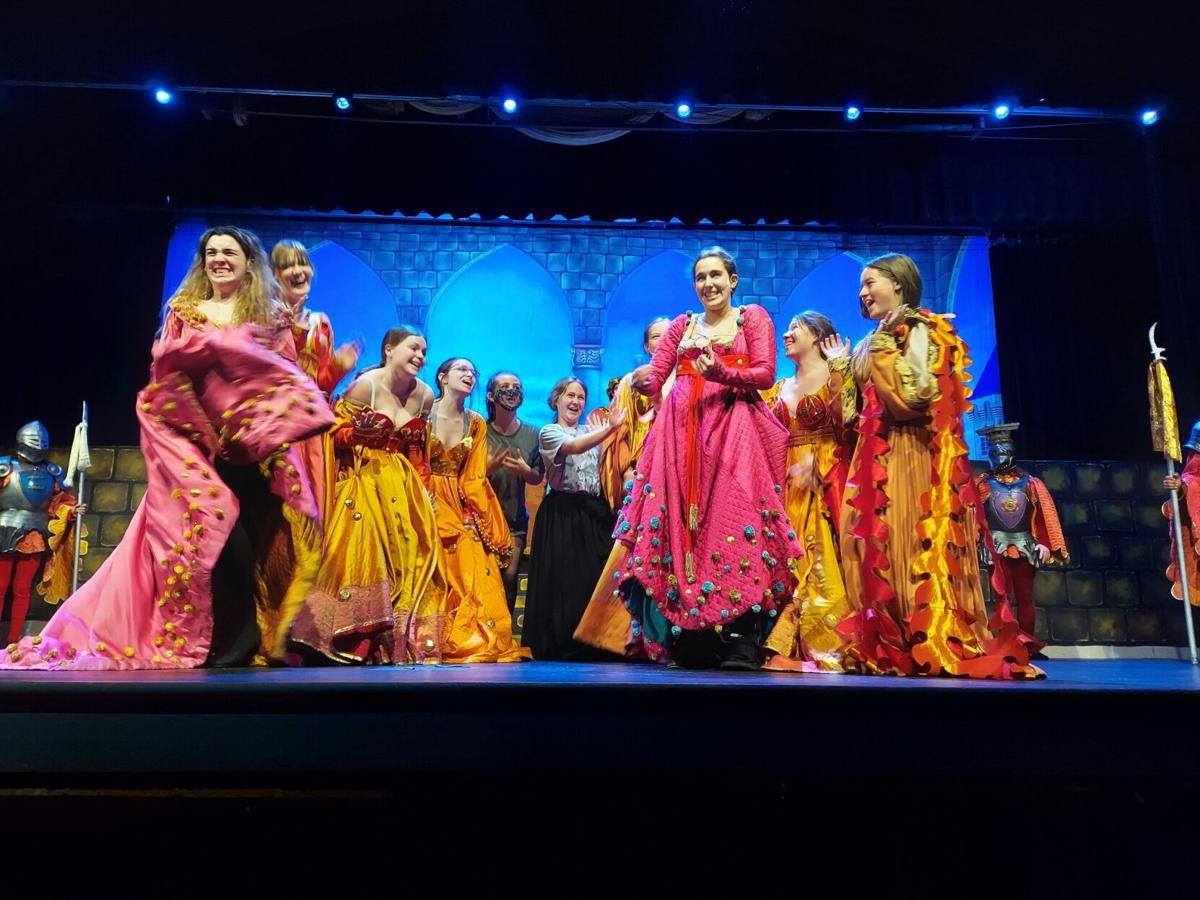 Cast members of North Lamar High School’s production of ‘Once Upon a Mattress’ show off their newly arrived costumes, which were delayed by ‘supply chain issues.’

North Lamar drama students Evan Saffle, left, Richard Kelp Torres and Eric Resindez run through a scene from the school fall musical, ‘Once Upon a Mattress.’

Cast members of North Lamar High School’s production of ‘Once Upon a Mattress’ show off their newly arrived costumes, which were delayed by ‘supply chain issues.’

North Lamar’s fall 2021 musical, “Once Upon a Mattress,” a musical retelling of the Hans Christian Andersen fairy tale, “The Princess and the Pea,” opens at 7:30 p.m. Thursday — despite some “issues.”

“After having no shows last year because of Covid-19, it’s taken us some time to get back in the habit, you know?” director and North Lamar High School drama instructor Cody Head said Sunday. “We had a few Covid quarantines early on, and half the cast was gone for almost a week because of the Marching Band finals, and just today we have been adding kids who have only just now, because of their schedules, been able to get to rehearsals for the first time. Our leading lady sprained an ankle, and because of ‘supply chain issues,’ we are still waiting on most of the costumes. But the show will go on.”

By press time Tuesday, the costumes had arrived, and the cast were issued their colorful outfits,

“Once Upon a Mattress” tells the tale of Winnifred the Woebegone, a “shy” swamp princess seeking to win the heart and the hand of the socially awkward mama’s-boy, Prince Dauntless. She just has to survive the series of impossible tests the prince’s possessive mother has posed for all her son’s potential queens.

The musical opened off-Broadway in 1959 with Carol Burnett in her breakout role as Winnifred. The play was nominated for Best Musical at the Tony Awards in 1960, and was produced in London, revived on Broadway in 1997 and has been adapted for TV several times. It remains a favorite work for schools and amateur theatre groups.

“I was unfamiliar with this play and the music until we started rehearsals,” said Jillian Jones, 17, who is cast as Winnifred. “I have watched Carol Burnett on YouTube doing ‘Happily Ever After,’ and she was hilarious. I sprained my ankle during a rehearsal. It’s healing now, I am doing therapy twice a day, and I will be wrapping it before every show.”

“Jillian is a knock-out performer, a very good comedic actor,” Head said. “Even in a boot.”

He said the missing costumes were acquired from a costume house that supplied the 1997 Broadway revival of the show, and seven boxes of hats that did manage to arrive still have tags with some of the names from that cast.

“It’s exciting to think I could be wearing a costume that Sarah Jessica Parker once wore,” Jones said.

“Once Upon a Mattress” was chosen because it was a classic Broadway musical, accessible to just about anyone, cast and audience, with tuneful, catchy music, Head said.

“After a year off,” he said, “this is a show we could sink our teeth into.”