Starting at
$16.50 for 30 days
Get Started
View all rates
You are the owner of this article.
Edit Article Add New Article
You have permission to edit this article.
Edit
Home
News
Opinion
Be Heard
Sports
Classifieds
Obituaries
Customer Service
e-Edition
Paris Life
Readers' Choice
1 of 2 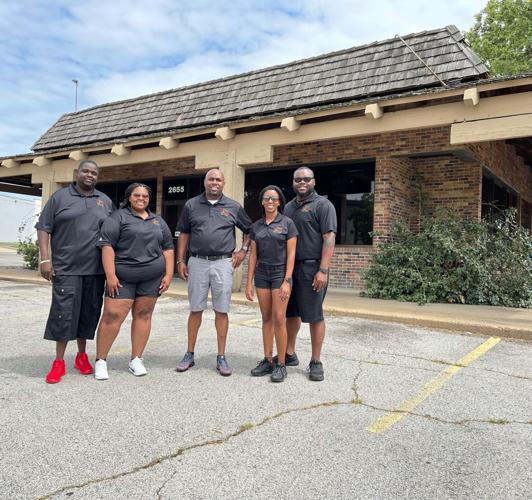 The new owners of Paris Sports Bar and Grill stand in front of the planned loctions, the former Ward’s Restaurant building, which burned down in August of 2019. From left to right they include: Jeremy Council, Shavoya Council, Kelvin Pruitt, Caressha Milton and Szcwealion Milton. Another owner, Ashley Browne, is not pictured. 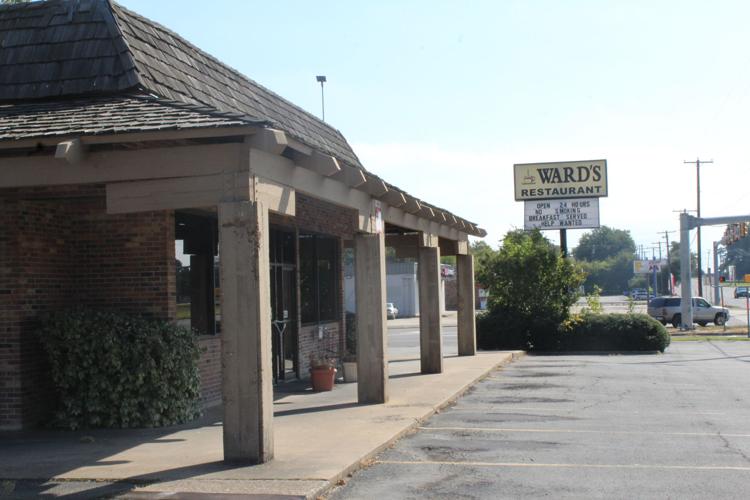 Since 1995, Ward’s Restaurant has served customers at the corner of Clarksville Street and South Collegiate Drive. However, restaurant owners are weighing their options after property owners told them the restaurant would not be reopening following a fire.

The new owners of Paris Sports Bar and Grill stand in front of the planned loctions, the former Ward’s Restaurant building, which burned down in August of 2019. From left to right they include: Jeremy Council, Shavoya Council, Kelvin Pruitt, Caressha Milton and Szcwealion Milton. Another owner, Ashley Browne, is not pictured.

Since 1995, Ward’s Restaurant has served customers at the corner of Clarksville Street and South Collegiate Drive. However, restaurant owners are weighing their options after property owners told them the restaurant would not be reopening following a fire.

After nearly two years of vacancy for the old Ward’s restaurant building, a new family has come into town, hoping to restore the locale’s former glory with their own twist. The new facility, to be called Paris Sports Bar and Grill after the original name of the restaurant, will feature an open concept and a family friendly location to watch sports games.

The new location will replace Ward’s, which remained closed since an electrical fire caused significant damage to the building in August 2019. The new owners, however, have already created a plan to repair, restore and remodel the old building.

The tentative day of opening is scheduled for Oct. 1, and those looking for the old Ward’s might get a bit of a shock when they walk in for the first time.

“100% brand new. It will be an open concept. It’ll be nothing like you remember. If we had to compare it to anything, if you’re up in the Dallas area, like a Buffalo Wild Wings. It’s going to be a sports bar where it’s not just grown-ups. You’ll be able to bring your kids,” said Kelvin Pruitt, one of the new owners and managers of the property. He works alongside Jeremy and Shavoya Council, Caressha and Szcwealion Milton and Ashley Browne.

However, Pruitt, who grew up eating many of Ward’s delicious options, may keep some things the same.

Most of all though, Pruitt sees a vision of community, hoping to keep his focus on the local environment and teams.

“And you’ll see all the history of sports from Paris High to North Lamar to Hugo, Oklahoma, to Clarksville to Prairiland. We’re gonna get everyone involved, reaching out to the principals. We want to magnify something toward their mascot, so if they want to give us a name of a sandwich they want named after that particular school, we’re gonna go to the full extent to do that,” Pruitt said.

Not only will the menu feature local references, it’s also going for a sports-centric approach.

“I have a bartending business on the side, but nothing of this magnitude. So I think it’s just gonna be good for the city. I really really do. I think it’s going to be great. You know, people come here to watch games at PJC, they travel to watch high school football, and it’s a prime location,” Pruitt said.

Pruitt also hopes the new business will bring jobs to town and give families a place to come spend time.

“We want to get it started to give people somewhere to go to watch the game. Even UFC fights. You can’t go anywhere and say, ‘hey, I want to watch the fight at this sports bar.’ You can go to a bar, but you can’t take your kids. Our vision is to keep the building full, make as many people happy as we can, and just have fun with it and learn as we go,” Pruitt said.

Quick action by Ward’s Restaurant staff helped to get customers and employees to safety this morning without injury during a fire that’s now under investigation by the city fire marshal.

Should the US ban Russian oil imports over Ukraine war?

President Joe Biden has decided to ban Russian oil imports, toughening the toll on Russia's economy in retaliation for its invasion of Ukraine. The United States generally imports about 100,000 barrels a day from Russia, only about 5% of Russia's crude oil exports, according to Rystad Energy. Last year, roughly 8% of U.S. imports of oil and petroleum products came from Russia. Gas prices have been rising for weeks due to the conflict and in anticipation of potential sanctions on the Russian energy sector. The U.S. national average for a gallon of gasoline soared 45 cents a gallon in the past week and topped $4.06 on Monday, according to auto club AAA. Should the US ban Russian oil imports over Ukraine war?