A boy rides his scooter at the Pump Track Paris, Texas on Saturday. The pump track will be the site of a Red Bull qualifying event and a USA championship. 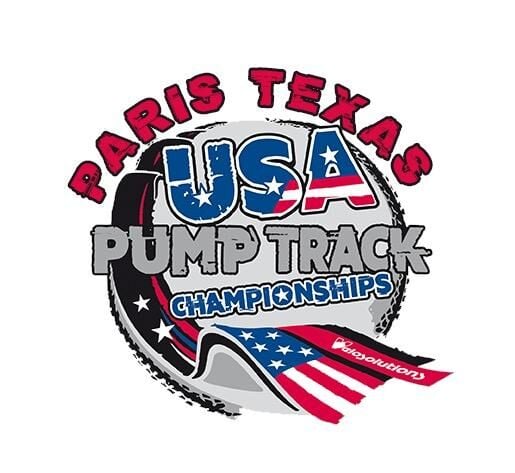 A boy rides his scooter at the Pump Track Paris, Texas on Saturday. The pump track will be the site of a Red Bull qualifying event and a USA championship.

The USA Pump Track Championships will be making its first stops at Velosolutions Pump Tracks in Gaston County, North Carolina, on May 16 and in Springdale, Arkansas, on May 23 before coming to Paris. All rounds will lead to the Road to Oz Trails final in Springdale at Jones Center’s Runway Bike Park. The final date has not yet been announced.

“I’ve been waiting weeks to release this, and it finally is official,” Lamar County Chamber of Commerce President Paul Allen said. “We have been awarded a US National Qualifier Pump Track Race. This is a new event in the U.S.”

The USA Pump Track Championships offers riders six age categories in which to compete, including 7 to 10; 11 to 12; 13 to 14; 15 to 16; 17 and older; and 35 and older. The family friendly event will showcase local and out of state riders, organizers said. Classes are open to participants of all skill levels.

Prizes include first, second and third place finishers furnished by event partners, The Walton Foundation, Oz Trails, Hyper Bicycles and SEVEN. There will be on-site vendors, a DJ and an MC to hype up the fun, organizers said.

“Winner of the Pro class will be named the first USA Pump Track Champion and will win an all expenses paid trip to the Red Bull UCI Pump Track World Championships wherever it is announced in the world this year to represent the U.S. in the last chance qualifier for the opportunity to be crowned World Champion,” a news release states.

To learn more about the USA Pump Track Championships, visit usapumptrackchampionships.com. Pre-registration opened Friday, and organizers encourage participants to register early as the event is expected to be a sell out.

The Paris Pump Track was a project years in the making with Red Bull showing interest in having a championship or qualifying event from the start. At that time, Paris’s pump track would have been only the third in the nation, Lamar National Bank President Greg Wilson recently told the Kiwanis Club of Paris. Now, it’s one of more than 35.

The pump track is the brainchild of local real estate agent Casey Ressler, and Wilson joined as part of the effort to get it financed, eventually seeing the project through while Ressler worked on recovering from a brain aneurysm.

“In 2018, the Pump Track Paris, Texas was conceived, and it was designed to be an amenity to both the Trail de Paris and the Love Civic Center,” Wilson said. “If you go out and build a world class facility of any kind … the infrastructure that goes into it to make it nice — the parking lots and the bathrooms and all those kinds of things that go along with it — typically drive the cost up fairly extensively. However, at the Love Civic Center, the bathrooms are already there, the parking lots are already there, the concession stands are already there. It ties really nicely into what’s already built out there.”

Lamar County has no shortage of youth and adult sports leagues, and countless others enjoy athletics on a purely casual level. For all, the county — and in particular the City of Paris — offers ample places to play.