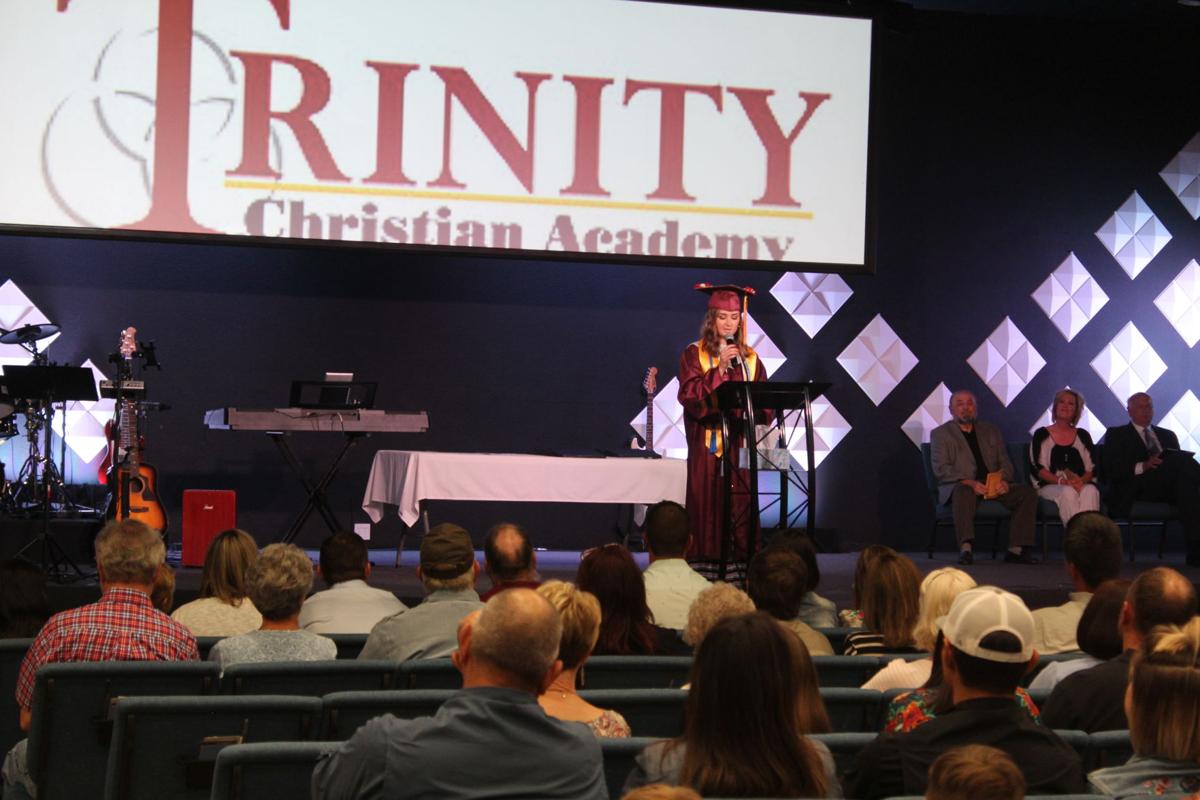 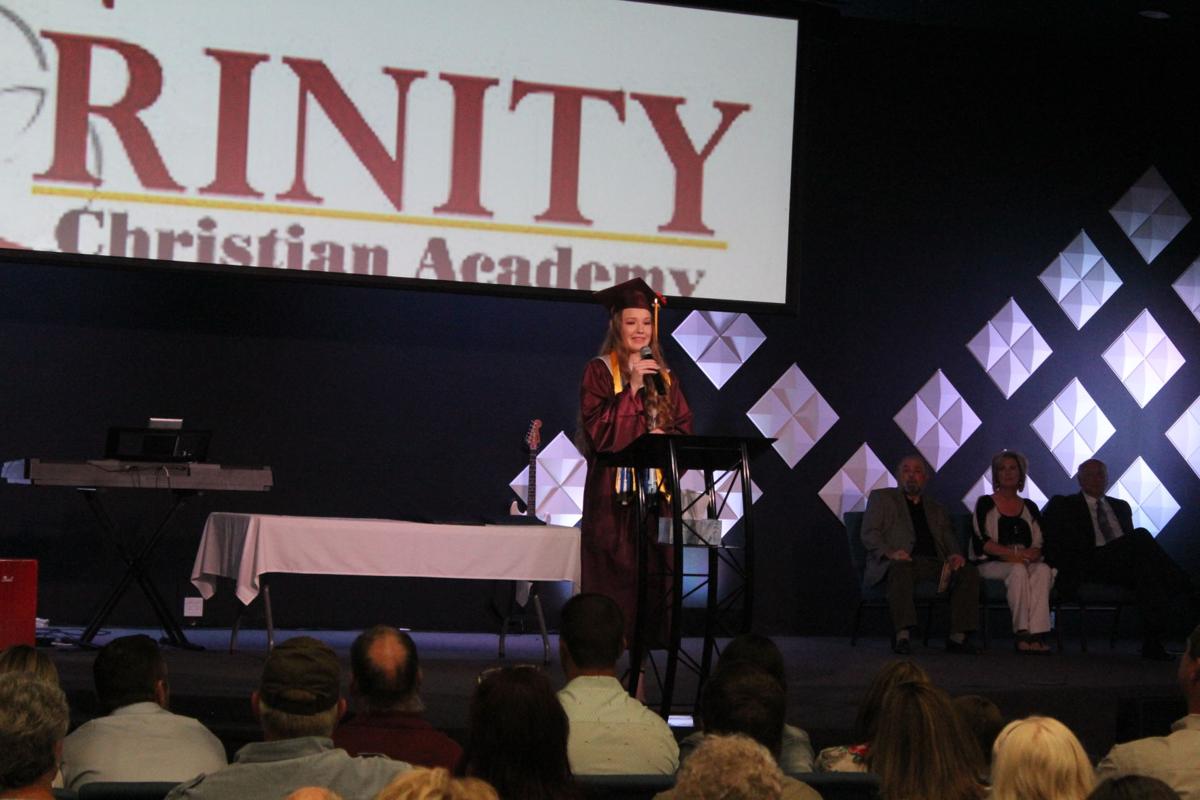 Valedictorian Kimberly Rempel, remembered the good times and the bad when she spoke during Trinity Christian Academy’s graduation on Friday. 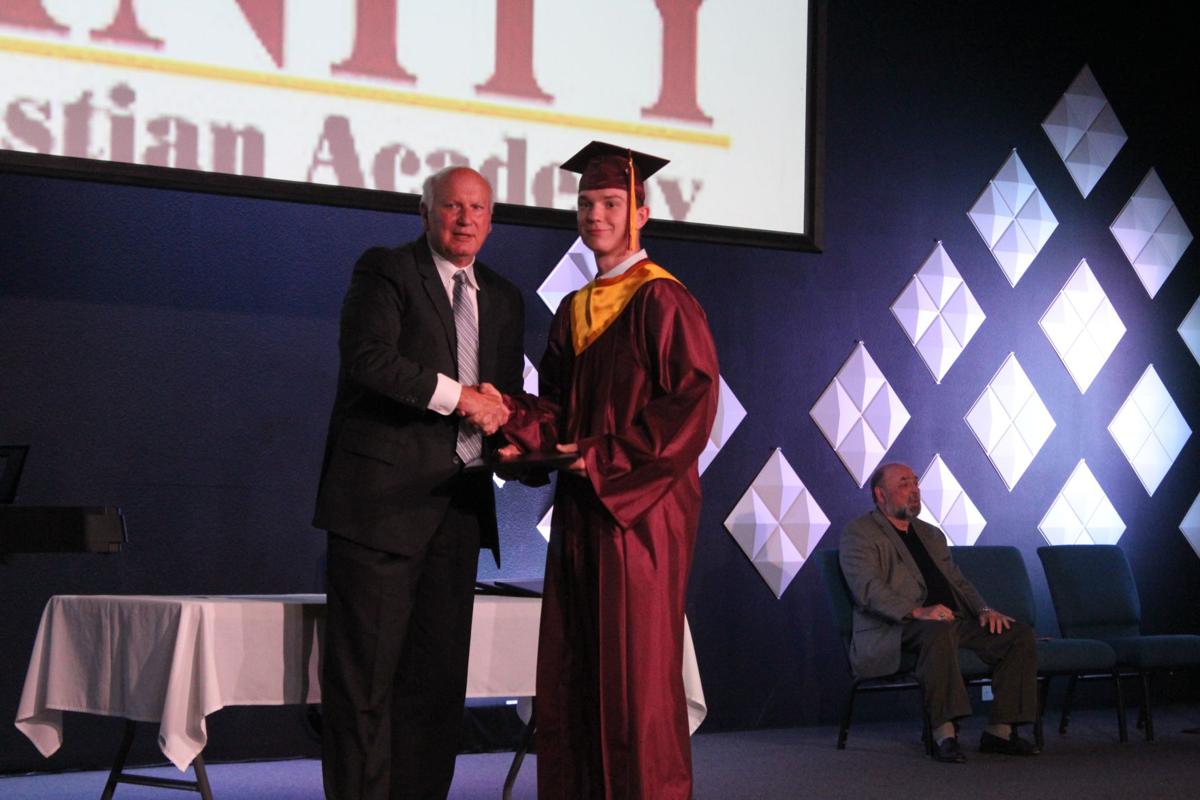 Valedictorian Kimberly Rempel, remembered the good times and the bad when she spoke during Trinity Christian Academy’s graduation on Friday.

It was smiles all around at Calvary Chapel on Friday evening as Trinity Christian Academy’s graduating class bid farewell to high school and set their sights on the path ahead.

With a small, tight-knit class of just seven seniors, the new graduates reflected on their time at school and the bonds they’d formed.

Valedictorian Kimberly Rempel voiced similar feelings, quoting famed children’s book author Dr. Seuss by saying, “‘Sometimes, you will never know the value of a moment until it becomes a memory.’”

Rempel recalled a moment in first grade when she had trouble solving a math problem. The teacher reassured her she knew how to solve the problem, and after a moment to collect herself and reflect, she was able to solve the equation.

“But that’s how I started looking at life these last few years,” Rempel said. “Frustrated at not immediately knowing how everything is going to work out, these past few years have been starting to get a little bit stressful. I started wishing I was back in elementary school most of the time, where life was a lot easier. The older grades just seemed to be going by so fast, and seemed so hard.

“Then one day, this year, I was driving down the road flipping through channels when a song came on. I can’t even remember the lyrics or the song title but all I heard was the meaning. The song said something like, ‘We keep trying to live in the past and forget about the future. We completely lose the present.’ That was me.”

During the ceremony, graduates also focused on the importance their Christian education has played in their lives.

“My biggest advice to each of you is to never conform to become somebody that you are not. You are the student body but you are also the body of Christ,” Smallwood said. “As the human body needs arms, legs and eyes, so does the body of Christ. God gave you your color of hair, your body shape and your likes and dislikes for a reason.”

“I am very emotional,” said Tamara Smallwood, Annabelle’s mother. “She’s my first one to leave the nest and go to college somewhere else. I’m really gonna miss her, but I know she’s going to do great things.”