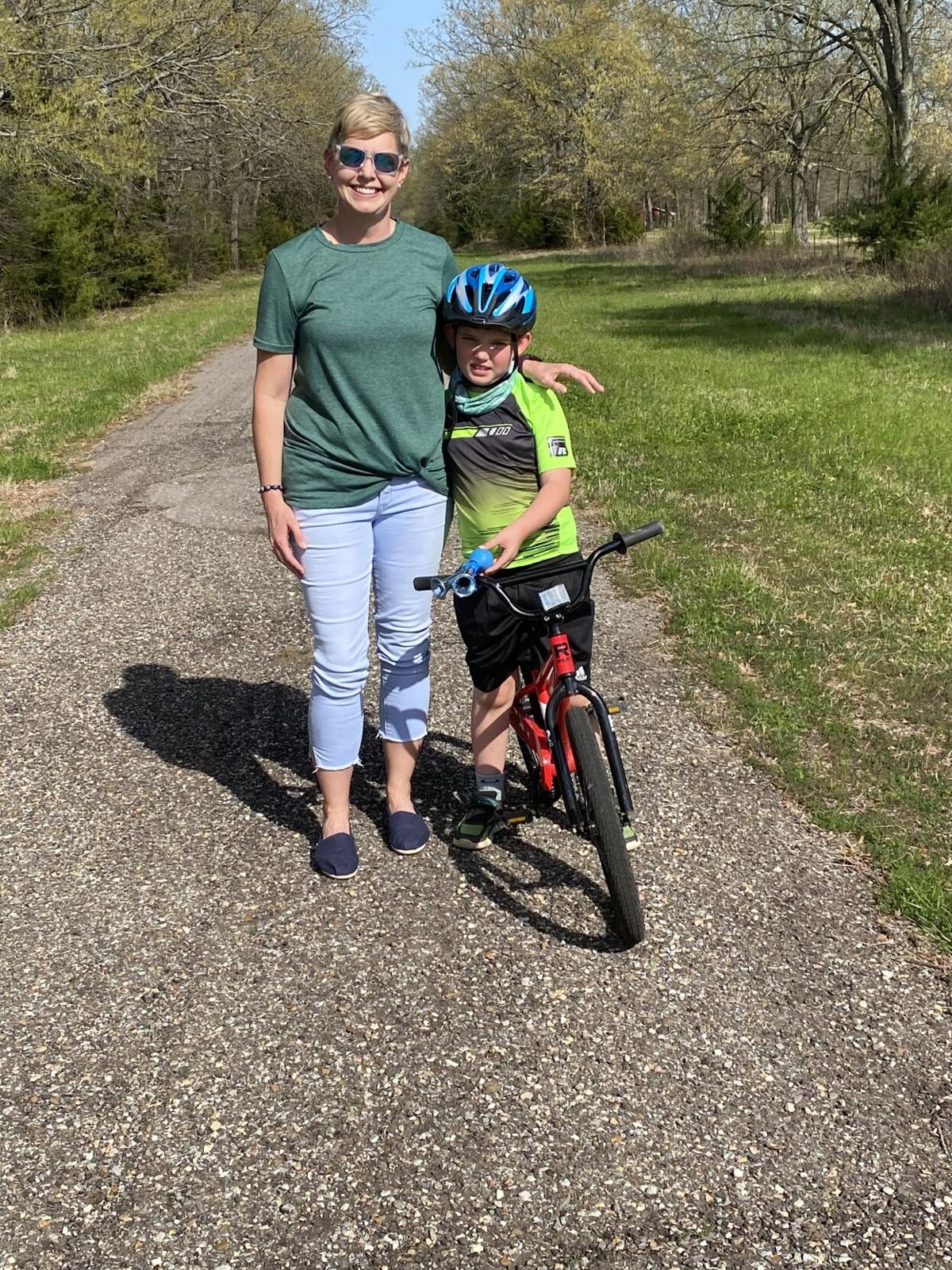 Kelly Whitley and her son, Luke, stop for a moment along a portion of the Northeast Texas Trail. Whitley is a fan of the trail and eagerly awaits its completion.

Kelly Whitley and her son, Luke, stop for a moment along a portion of the Northeast Texas Trail. Whitley is a fan of the trail and eagerly awaits its completion.

People from all over are flocking to the 130-mile long Northeast Texas Trail, and Reno resident and trail enthusiast Kelly Whitley and her family could not be more excited.

“I’ve always been an outdoors-seeking kinda gal,” the secretary of the Northeast Texas Trail Coalition said while talking about her enthusiasm. “My dream is to get out of my house just a short distance away from here and ride my bike down this trail and be able to go to Farmersville or New Boston for the weekend.”

For the past 20 years, thanks to men like Coalition President Earl Erickson of Paris, what once was a railroad bed is being cleared, bridges repaired and a hard surface applied. About 70% of the trail is improved to at least a phase 1 level with pedestrian gates, improved drainage, signage, restored bridges and surface grading, Whitley said.

In the past five years alone, more than 50 miles of the trail now sports an all-weather surface. And the 19 communities along the way from Farmersville to the west and New Boston to the east are adding accommodations to include camping sites, hotel facilities and numerous places to grab a bite to eat.

Trail improvements are costly, but with grants from Texas Parks and Wildlife and Texas Department of Transportation, along with sizable matches from foundations and communities, progress, although slow, is taking place. And there are efforts in progress to interest Texas Parks and Wildlife, along with state lawmakers, into approving the trail as a state linear park, a move that would expedite its completion and assure its future maintenance.

“Becoming a Texas Parks and Wildlife Department linear state park is our top priority as a coalition,” Whitley said. “These things sometimes take several legislative sessions, but we’re confident that we’ll achieve our goal, eventually. But in the meantime we’ll continue working hard to raise money to develop the train.”

Whitley said in the next year or so, bikers will be able to travel on a hard surface from Roxton all the way to Clarksville, over a 50-mile stretch right in the center of the trail through the heart of Roxton, Paris, Reno, Blossom, Detroit, Bagwell and Clarksville.

“It’s a huge fundraiser for the NETT in Lamar, Red River and Bowie counties,” Whitley said. “Every $25 donation has the power of $100 when used toward grant matches. Last year over $4,000 was raised despite the Covid-19 panic, and we hope to raise even more this year.”

Donors are asked to visit www.easttexasgivingday.org/northeasttexastrail any time between 6 a.m. and 11:59 p.m. April 27 to contribute to the trail.

Visions of hot air balloons will be glowing in the eyes of children and adults alike as the Paris Balloon and Music Festival makes a comeback following last year’s cancellation due to the Covid-19 pandemic.