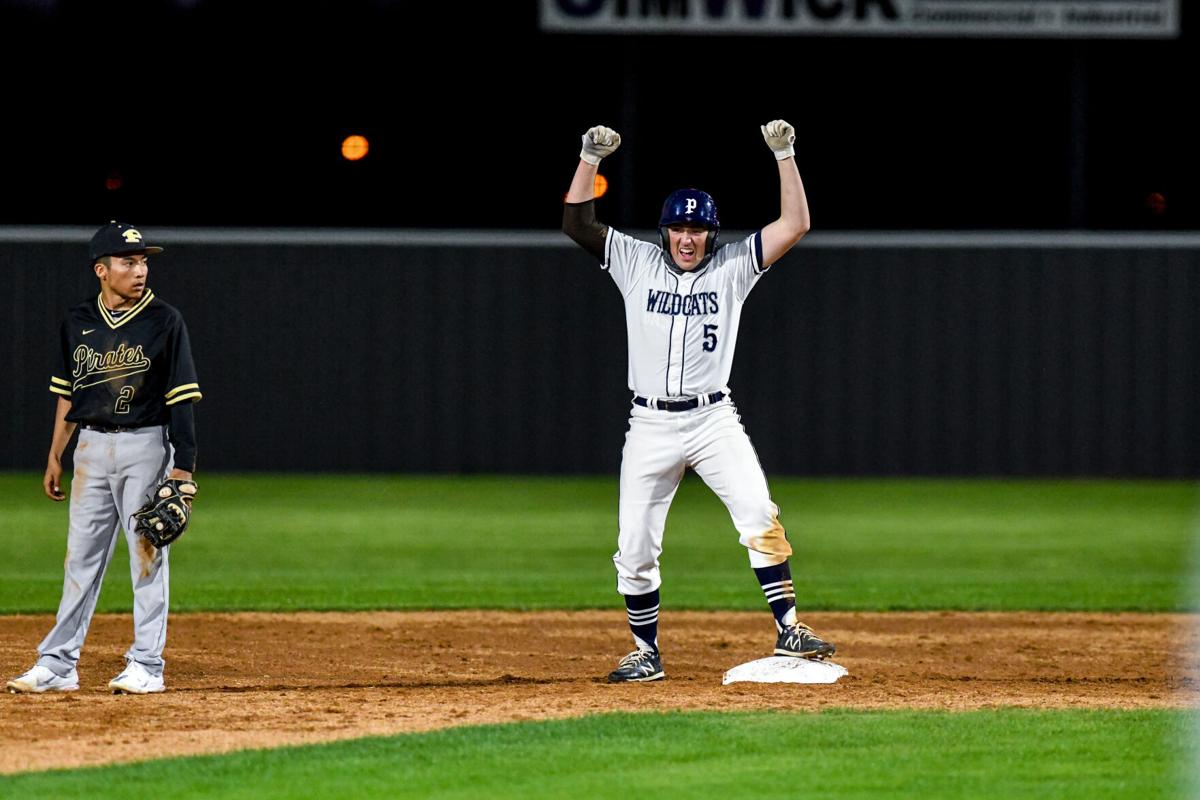 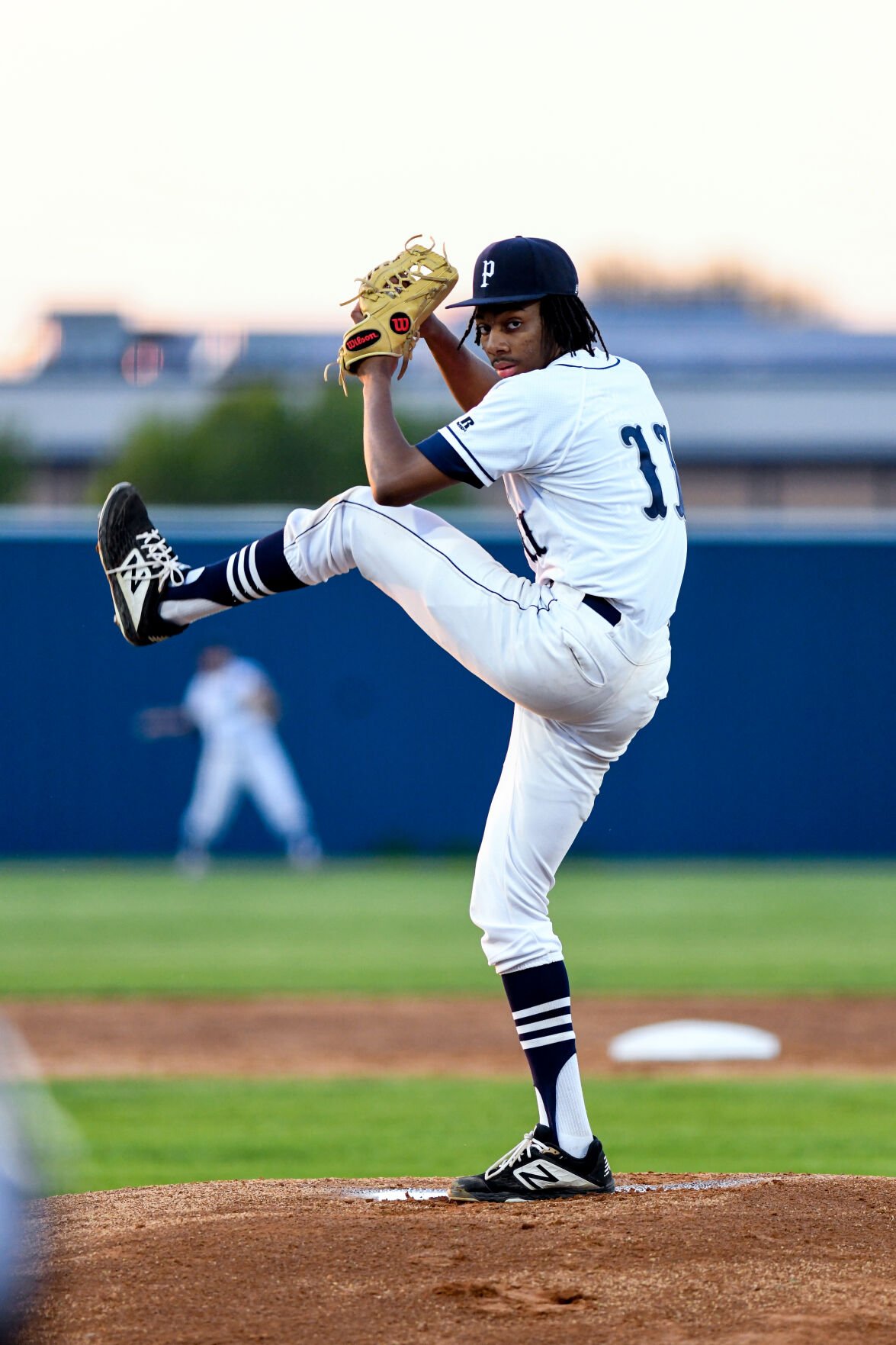 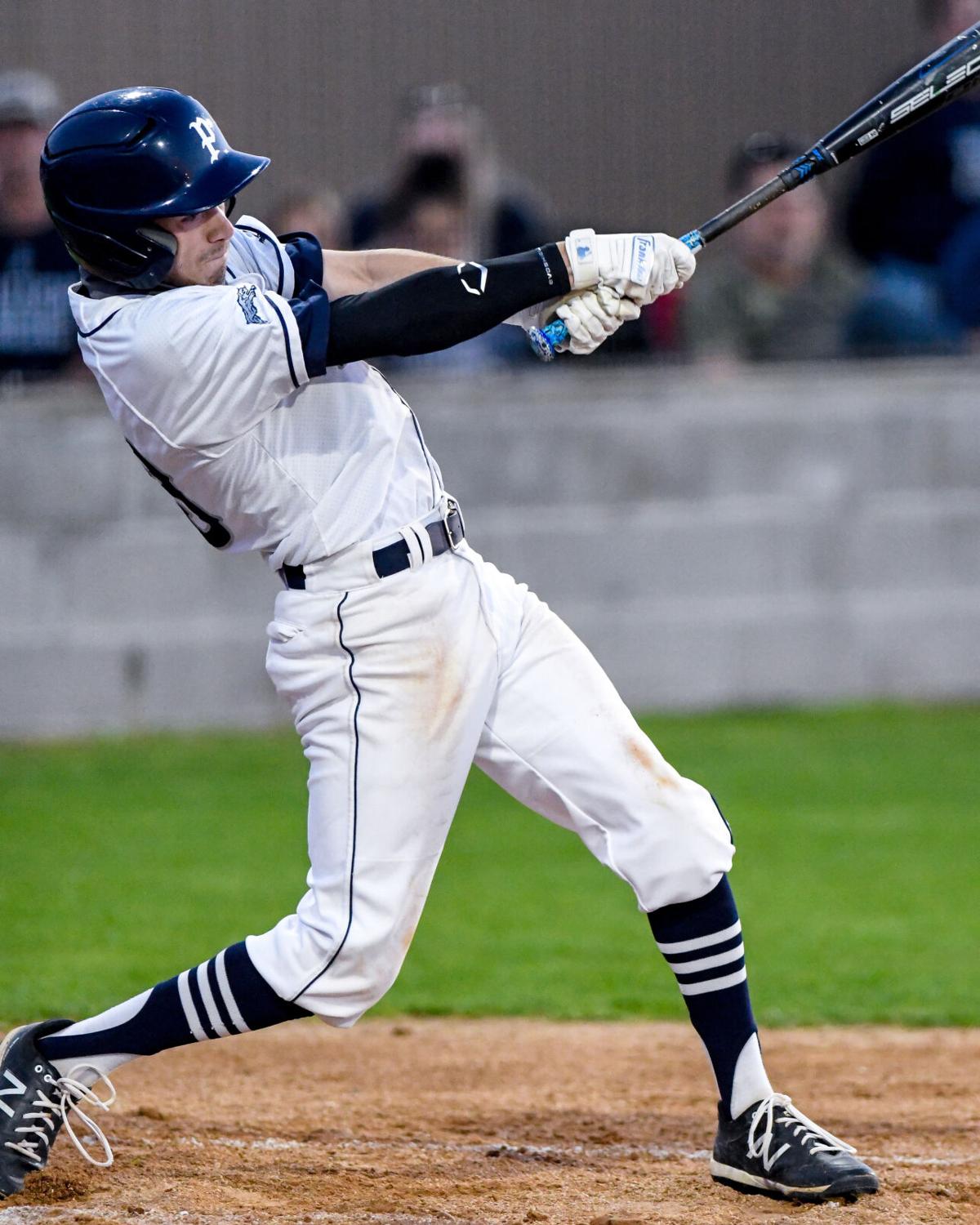 There was more than a fair share of drama involved, but the Paris Wildcats picked up their first district win of the season Friday night, downing Pittsburg 6-5 in an eight-inning thriller.

After a scoreless first, the Wildcats pounced out to a quick 4-0 lead in the second inning with some explosive hitting and heads-up baserunning. The first run of the game came when a sharply hit line drive by Beau Brazeal scored Dalyn Johnson, who reached base earlier on an infield single. Then, later in the inning, a bases-clearing double by Joey Allen scored three more.

“I just knew I didn’t want to pop out,” Allen said. “I waited for my pitch and just tried to put the ball in play.”

“Jaelyn Lee pitched a heck of a game,” Paris coach Bill Sikes said. “As the game wore on, his pitches started to rise a bit and that allowed (Pittsburg) to get some better contact, but Jaelyn’s command of his pitches was really good and I can’t say enough good things about the way he

Pitching took center stage for most of the game, though, as both teams struggled to get runners in scoring position.

“That guy (for Pittsburg) is probably one of the best pitchers in our district,” Sikes said. “A lot of credit to him, because he definitely didn’t make things easy for us but I’m very, very pleased with our guys and how they competed.”

With the Wildcats up 5-2 heading into the last two innings, the Pirates showed they wouldn’t go down without a fight. They scored a run in the sixth, and then, in the top of the seventh, Pittsburg tied the game with their backs against the wall.

“I’m not going to lie, I groaned a little when they tied the game there,” Sikes said.

Micah Jenkins took to the mound to pitch for Paris in the eighth inning, and delivered a fantastic inning of pitching. Jenkins forced the first two batters he faced into weakly-hit ground balls, and then struck out the third batter in the rotation with an offspeed pitch that made the batter look downright silly.

“I was in a good rhythm and my teammates were all behind me to finish the outs,” Jenkins said. “I’d use my fastball to get ahead, and then the two-strike pitch was usually my curveball.”

After Jenkins sat down three straight Pirates, the Paris bats sprang to life for the first time since the jolt of offense in the second.

The Wildcats loaded the bases with nobody out before Brazeal won the game for Paris by drawing a walk, allowing Johnson to trot in the winning run.

“That was a great unselfish, at-bat by Beau,” Sikes said. “I told him before he went to the plate that he didn’t need to swing for the fences; all he had to do was get to first and we’d win the game.”

Adam Clement finished the game with a trio of hits and a run scored. Allen, Parker Benson, Jack Brazeal, Johnson. Devin Gaines and Beau Brazeal all logged hits for Paris as well.

Paris’ first win in district play had added weight to it, as the team honored the life and legacy of the late Eddie Clement, a longtime Wildcat supporter and father of Adam Clement, before the game.

“Eddie meant so much to this team and this whole community,” Sikes said after the win. “We’re always going to keep his memory in our hearts.”

“This was a great team win,” Sikes said. “Our guys played unselfishly, they played for each other and that’s what Wildcat baseball is all about.”