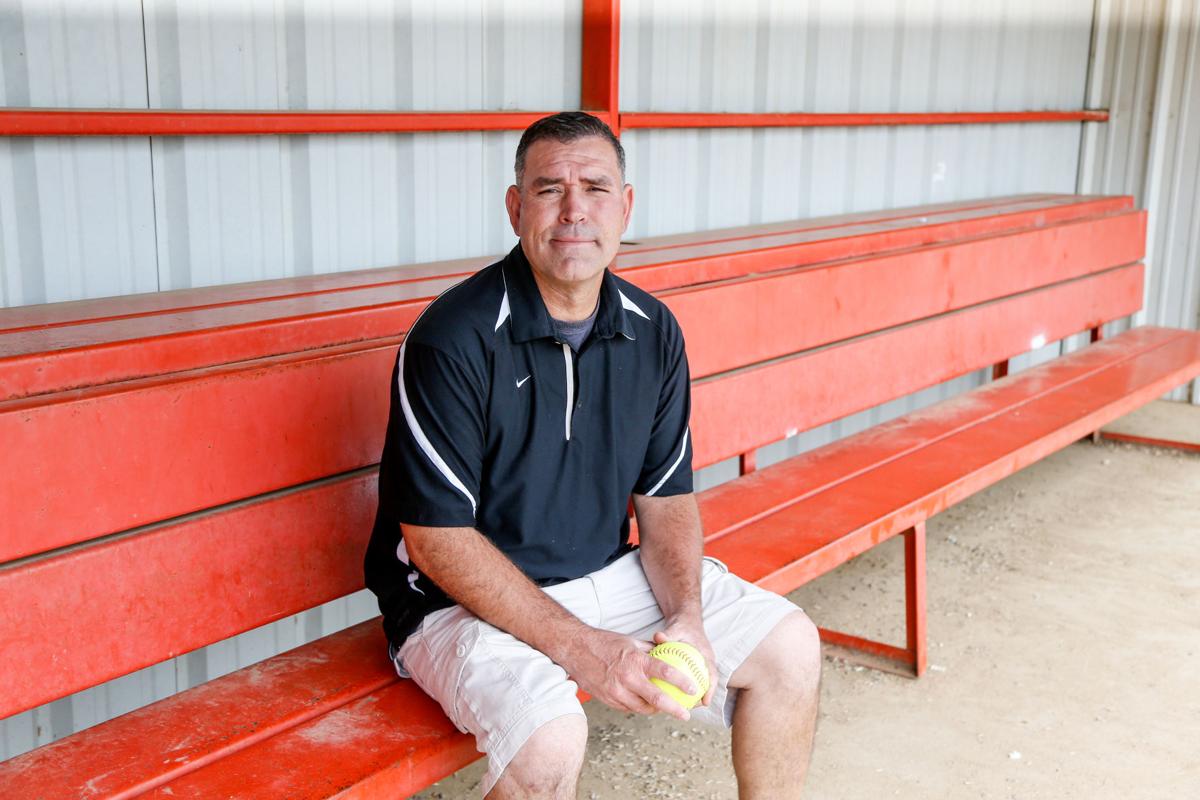 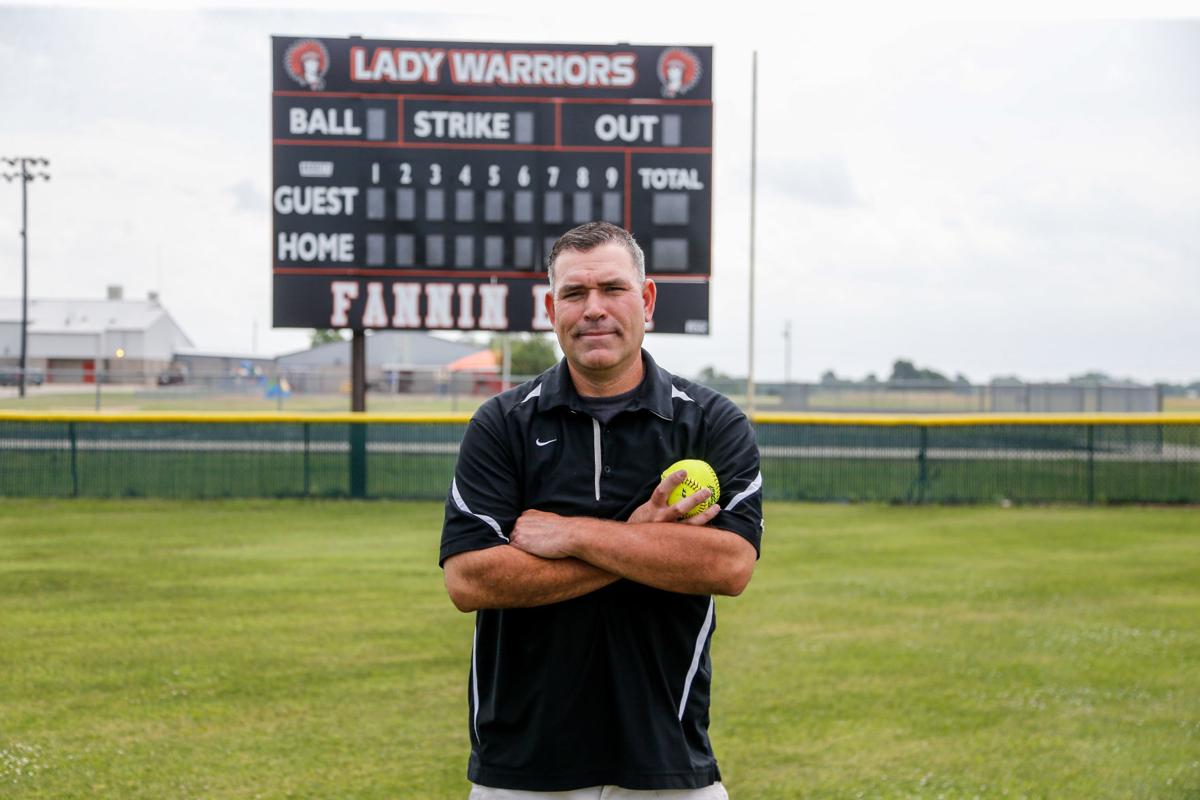 The Honey Grove Lady Warriors softball team rewrote history in the 2019 season. The Lady Warriors made it all the way to the regional finals for the first time in school history under the guidance of this year’s All-RRV Coach of the Year, Lee Frost. From the beginning, he knew what his team was capable of, instilled the belief in his players and ultimately got the best out of them, which was a rewarding feeling.

“I told the team from the beginning that we had the capability of playing to go to state,” Frost said. “I believed we had the talent to do it, we just had to put it all together, and we did. I couldn’t be more proud of them.”

Belief is a theme of this team. Frost believed in his team’s potential, but he had to get his team to believe in him. Communicating a clear message to his team regularly helped keep Honey Grove locked in and driven, which was a catalyst in the team’s success.

“We believed we had the talent to make a run at this,” Frost said. “To maintain our focus, our practices had to have active practices, and our coaching staff had to preach our goal all the time. The dedication and work ethic of the girls really carried us through this season.”

In order to get the best out of a team, a coach’s respect is necessary. As is the respect given back by the players. Mutual respect was evident in the Lady Warriors’ softball program and was definitely a driving force that led to the team winning 25 games, finishing second place in the district and beating numerous quality teams along the way.

Honey Grove played in a highly difficult district, featuring the likes of Sam Rayburn, Trenton and Tom Bean, all of whom reached at least the third round of the postseason. Not to be dismissed is Dodd City, who reached the state tournament in Class 1A action. Playing strong playoff teams every week proved to be a difference maker in Honey Grove and its successful season.

“I don’t think you can measure how much playing quality teams week in and week out helped us prepare for our run in the playoffs,” Frost said. “I don’t think there’s too many weeks we played where we didn’t see a top-rated pitcher, which is what prepared us for what we saw in the playoffs — a good pitcher every time we took the field.”

Honey Grove faced good pitching all the way through the playoffs, including in the fourth round against Bosqueville, a one-game regional semifinal the Lady Warriors won 8-2. That win, along with an early, highly competitive loss against state power Bells were two key moments in the season in Frost’s eyes.

“The semifinal game was pretty special in itself just getting to the regional finals from that win,” Frost said. “I thought that playing Bells at Chisum in the championship game of the Chisum Tournament was key. Even though we lost 4-2, that game in itself showed us what we were capable of when we want to come to play. Even though we lost, we had lots of chances and opportunities to win that game. Also coming out against Trenton and winning that district opener 3-1 was important in us getting off to a good start in district.”

Honey Grove’s run came to an end at the hands of the Crawford Lady Pirates, who swept Honey Grove in the regional finals. Despite the way the season ended, Frost knows how special the year was.

“This was definitely one of the best seasons we’ve had by far — a history-making season,” Frost said. “We’re not satisfied by how it ended, though. We’re grateful for the accomplishments we had along the way, but our ultimate goal is to get to the state level. We were inches away from doing that — we just ran into a tough team. We didn’t put forth our best effort, but we were there, we came to play, we didn’t give up and we fought. That is just a testament to the girls’ work ethic and their dedication to the goals we put in place before the start of the season.”

Frost continually gives the credit to his players, but his players know how important he is to the team’s success, too.

“I think he was a huge part of our success because he was always pushing us to be better,” Honey Grove senior Bree Cason said. “As a coach, that’s his job, but he pushes us as people, too. He’s that great of a guy — he really wants us to not only be better ball players on the field, but better people off the field.”

“During practice, he would push us in a lot of different drills to make us better as a team and individually,” Lady Warriors sophomore Maddie Cason said. “After we made it to the third round this year, he pushed us even harder this year to go five rounds.”

Frost was the glue that kept the team together, and no matter what was thrown his or the team’s way, Honey Grove still was able to rack up the wins and create lifelong memories.

“This team had a lot of attitude, but I’m so proud we were able to overcome that, come together as a team and focus on team goals more than individual goals,” Frost said. “We’ve got a lot of good players with a lot of sass, but at the end of the day, they like each other and they like softball. What they achieved this year is a testament of putting it all together. Sometimes, that sass has carried us through, and that’s good for them, me and Honey Grove.”

With all the success that came this past season, the future could be even brighter.

“We’ve got a lot of talented girls in the program now and some good ones coming up from the junior high level,” Frost said. “My expectations are going to be greater next season. We’re going to want to get back to the regional finals and take one or maybe even two more steps next year. The program is a reflection of the type of athletes we have in it right now, which are girls who are willing to come to practice and are ready to work with goals in mind. We know any goal we set is achievable, and they believe that — I think that belief will really carry us.”