Starting at
$14.00 for 30 days
Get Started
View all rates
You are the owner of this article.
Edit Article Add New Article
You have permission to edit this article.
Edit
Home
News
Opinion
Be Heard
Sports
Classifieds
Obituaries
Customer Service
e-Edition
Paris Life
Reader's Choice
1 of 4 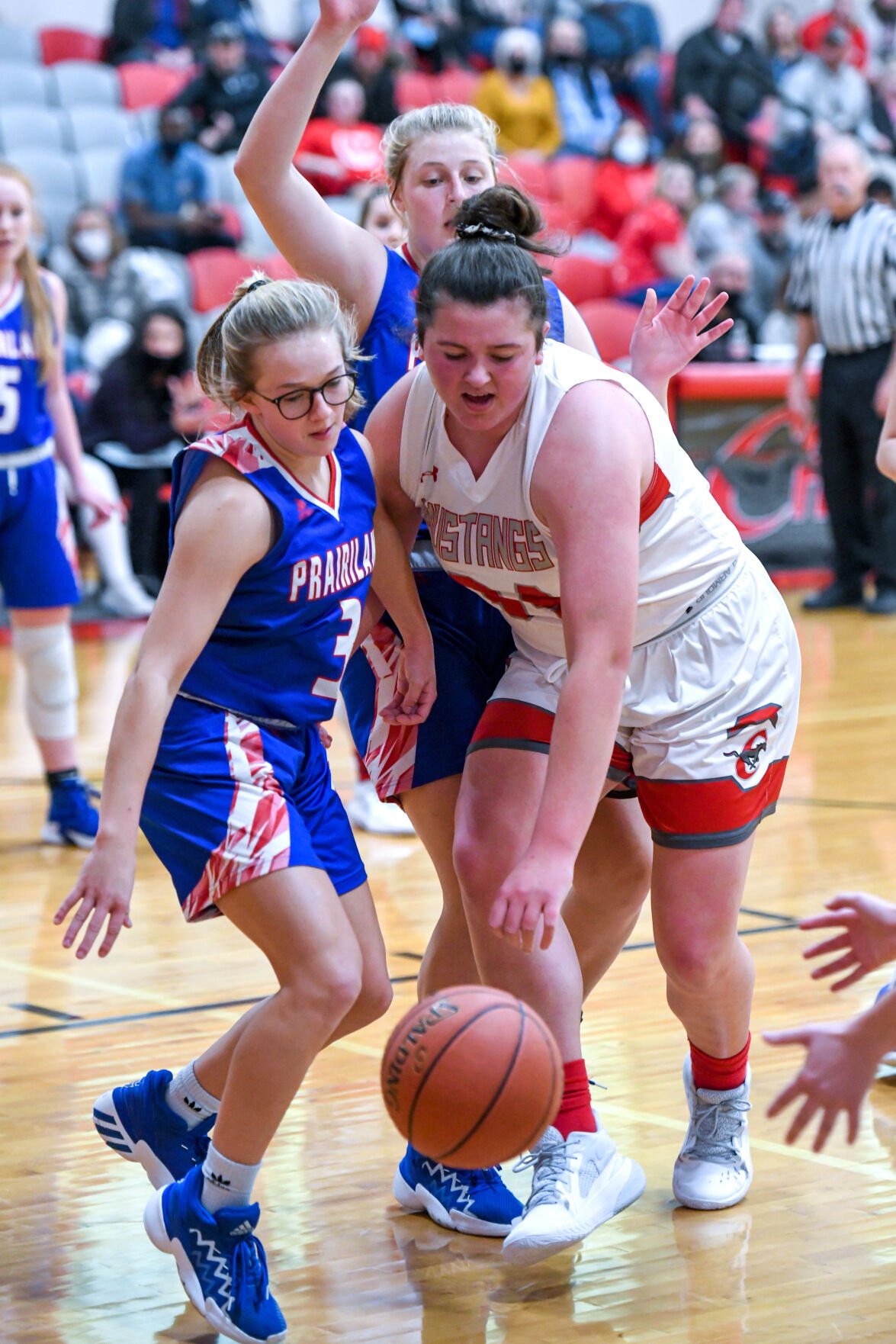 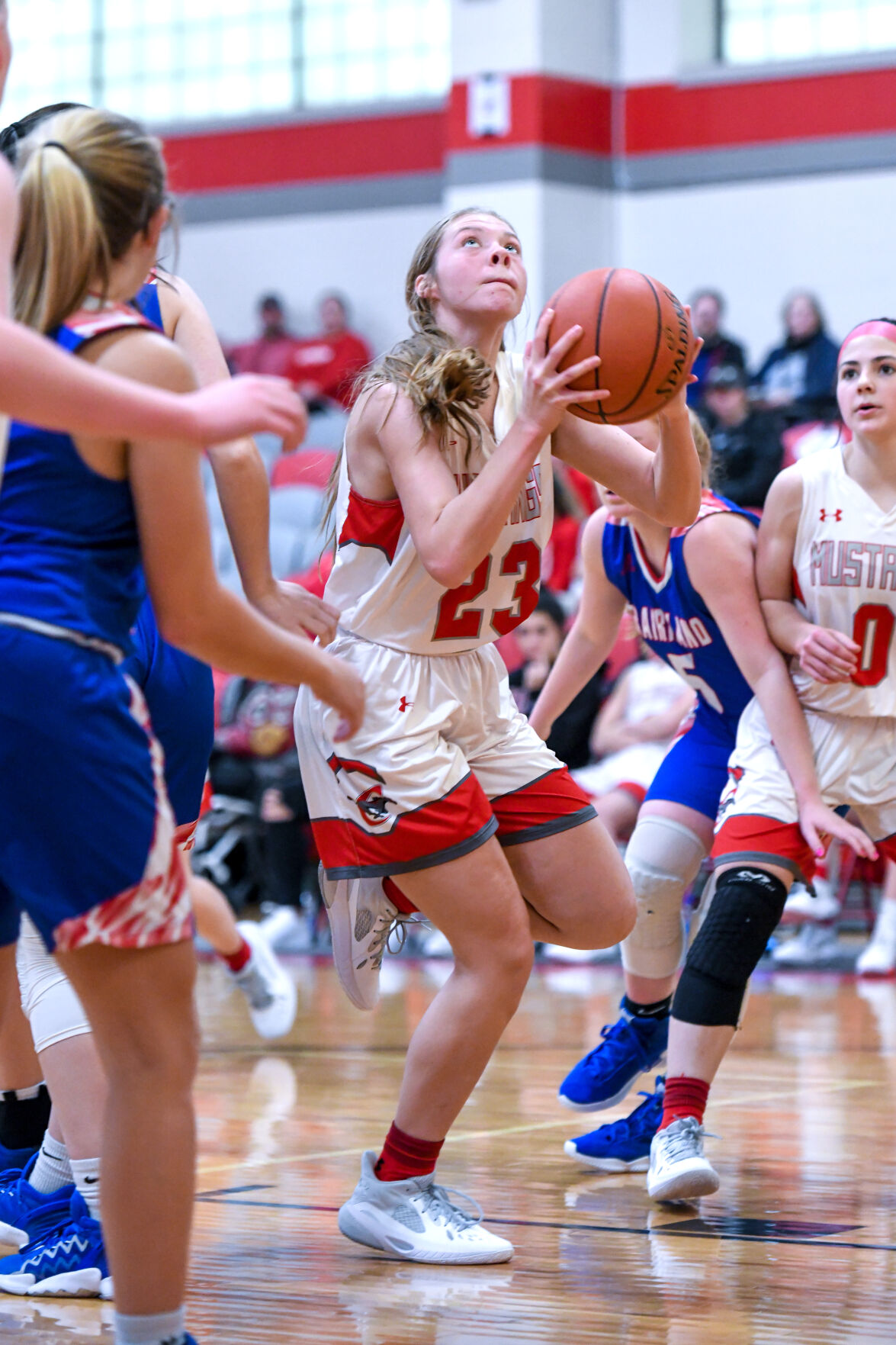 Pictured, Chisum forward Chloe Prestridge goes up for a shot against Prairiland on Saturday. 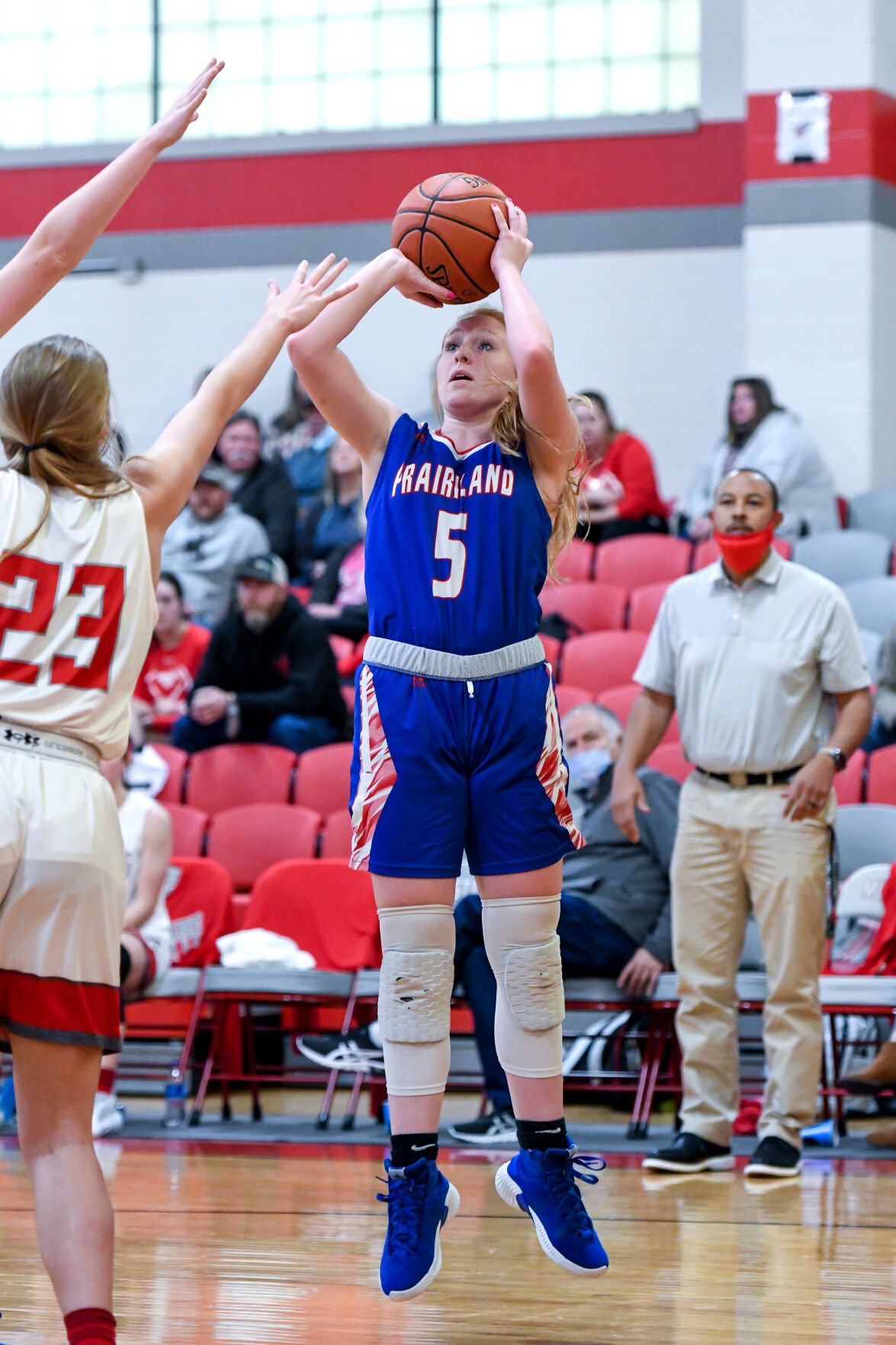 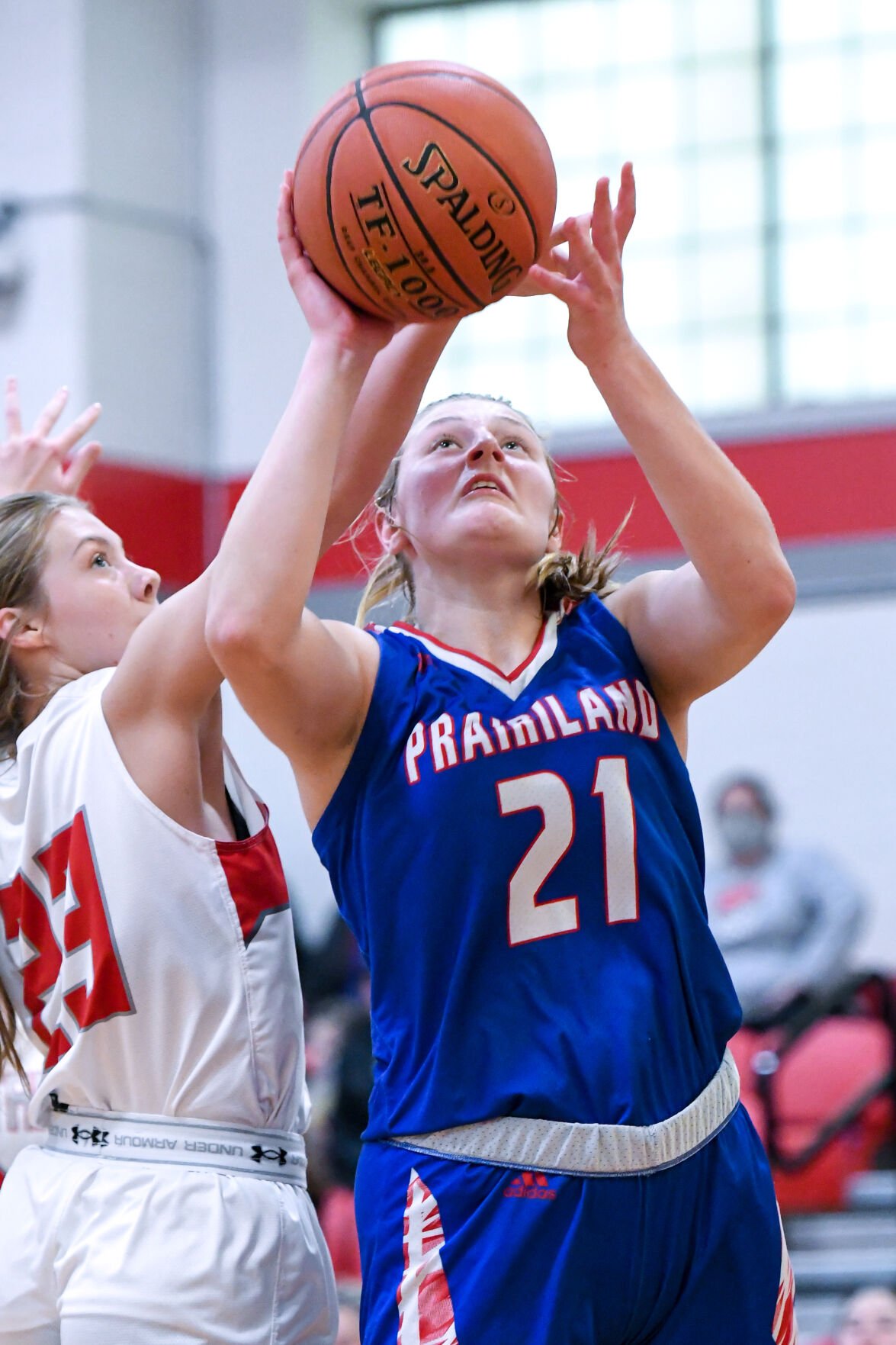 Pictured, Chisum forward Chloe Prestridge goes up for a shot against Prairiland on Saturday.

One of the Red River Valley’s premiere rivalries was rekindled Saturday, as the Chisum Lady Mustangs took on the Prairiland Lady Patriots. Though Chisum didn’t go down without a fight, it was ultimately the Lady Patriots who came away with a 57-44 victory.

The game started off about as well as it could for Prairiland. They came out of the gate with a suffocating defensive pressure, intercepting errant Chisum passes and repeatedly stripping the ball. In a matter of just a few minutes, they’d built up a 10-2 lead, which included a pair of pull-up 3-pointers by forward Abi Farmer, who was left wide open on both shots.

“”I wasn’t surprised (to be that open), because when you have good ball movement, you get open shots like that,” Farmer said.

Prairiland ended the first quarter with a 10-point lead, and the team was able to stretch its lead even further in the second. A flurry of baskets from seniors Hannah Murdock and Mallorie Sneed, as well as contributions from other players, pushed the lead to 38-22 entering halftime.

“I think the key for us was our defense,” Murdock said. “When you can force turnovers and score in transition and your offense is coming from your defense, things become a lot easier.”

“Defense is our thing,” Prairiland head coach Callie Tucker said. “We really worked on blocking cuts and blowing up the other team’s offense and that’s what we did today.”

Midway through the third quarter, Prairiland sophomore guard Chloe Raley would extend the lead past 20 points for the first time, as a pull-up jumper from about five feet away extended Prairiland’s lead to 48-21.

Chisum wouldn’t go down without a fight, however, and the Lady Mustangs managed to cut into Prairiland’s lead through the final minutes of the third quarter and into the fourth quarter.

A big part of Chisum’s scoring came as the result of solid offensive rebounding leading to easy putbacks. Several possessions were extended thanks to solid rebounding from post players Chloe Prestridge and Harmony Marsh, though many of Chisum’s guards got involved in the rebounding as well, with both Ava Lamb and Peyton Holland grabbing boards for the Lady Mustangs.

“Chloe had a really good game today,” Chisum head coach Will Smith said. “She’s scored in double-figures for the last three games in a row. … She’s playing at a high level right now. Harmony didn’t shoot really well today but she made an impact in other ways.”

Scoring was slow a bit early in the fourth quarter, with the only basket of the first three minutes coming on a post move by Prestridge that cut Prairiland’s lead to 15, but then the period ended with a flurry of points from both teams.

In one stretch of less than a minute, Sneed, Lamb and Farmer each scored on consecutive possessions.

Prairiland extended its lead back up to 17 on a drive into the paint by Raley. And though the Lady Mustangs weren’t able to bring the score to single digits or seriously threaten the lead, they did cut the deficit back down to 13 on baskets from Lamb and Marsh.

“You never know what you’re going to get when Chisum and Prairiland are playing,” Tucker said. “We know that those girls are always going to be prepared and always be ready to go. It doesn’t matter what the previous records are, they’re always going to give us their best shot and we need to be ready. And today we were ready.”

For the Lady Mustangs, Prestridge also led her team with 14 points, and Lamb joined her in double figures with 13. Holland scored six, Jordyn Lawson had four, Marsh finished with three and Brylea Marshall and Hannah Ford each had two points apiece.