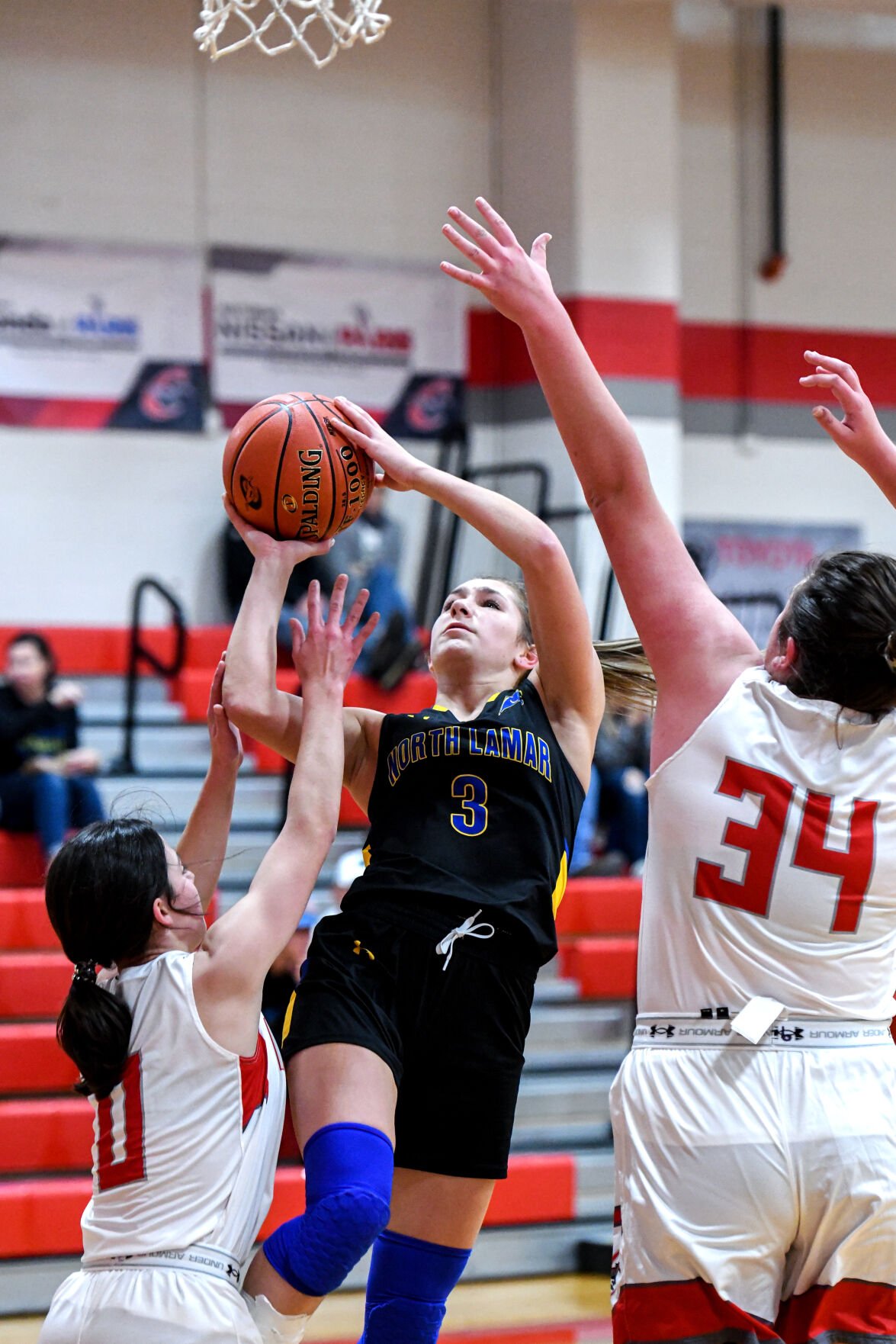 Pictured, North Lamar Pantherette Cydnie Malone goes up for a layup in Friday's win over Chisum. 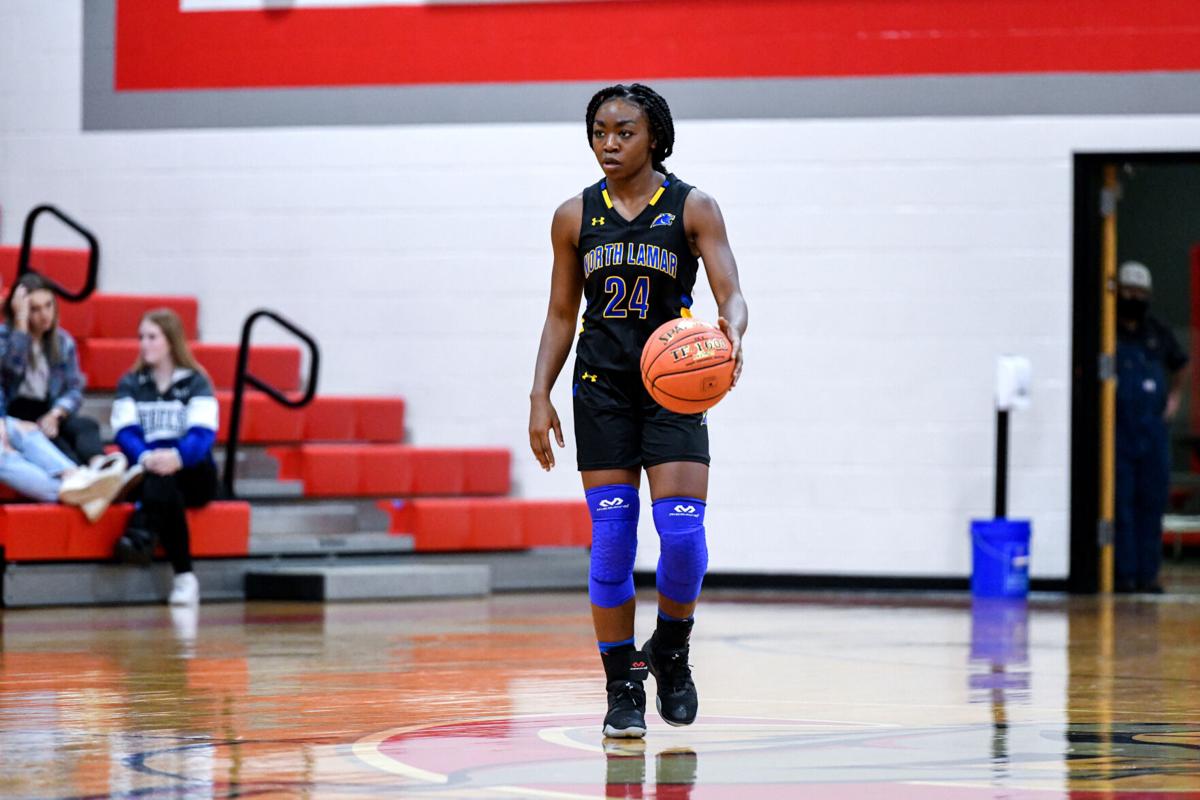 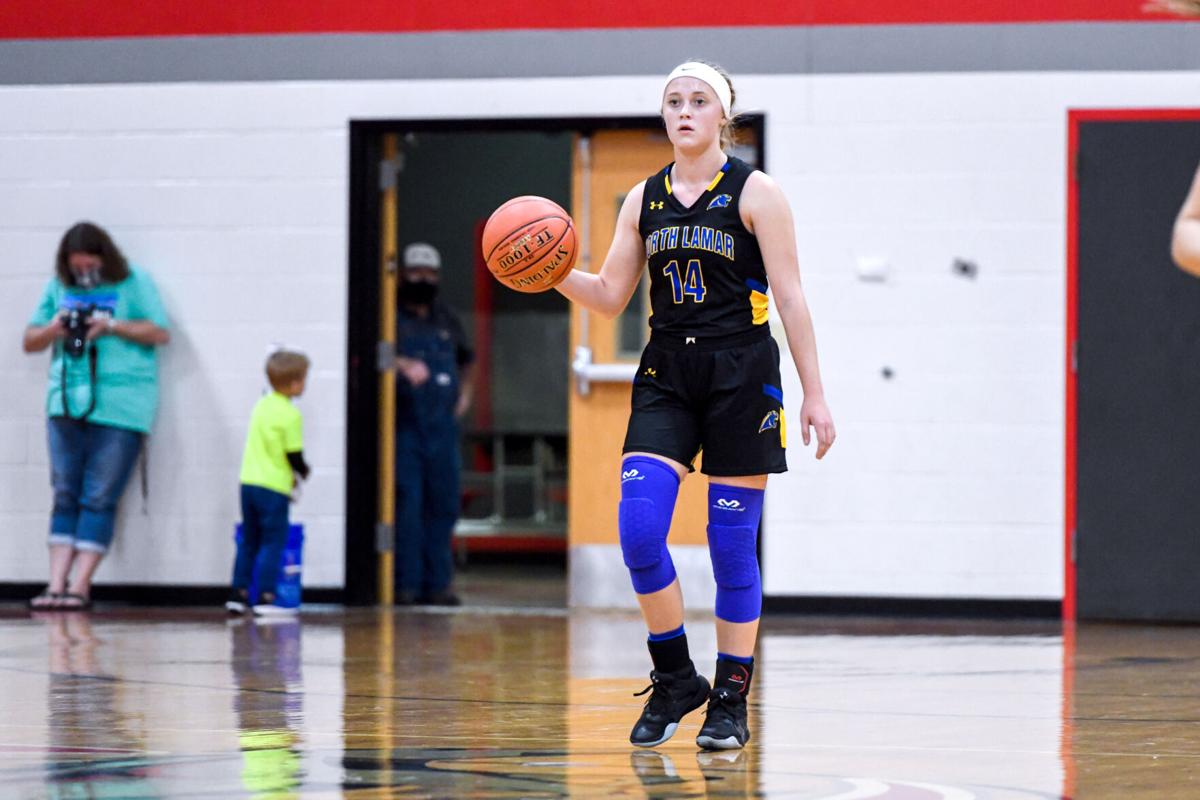 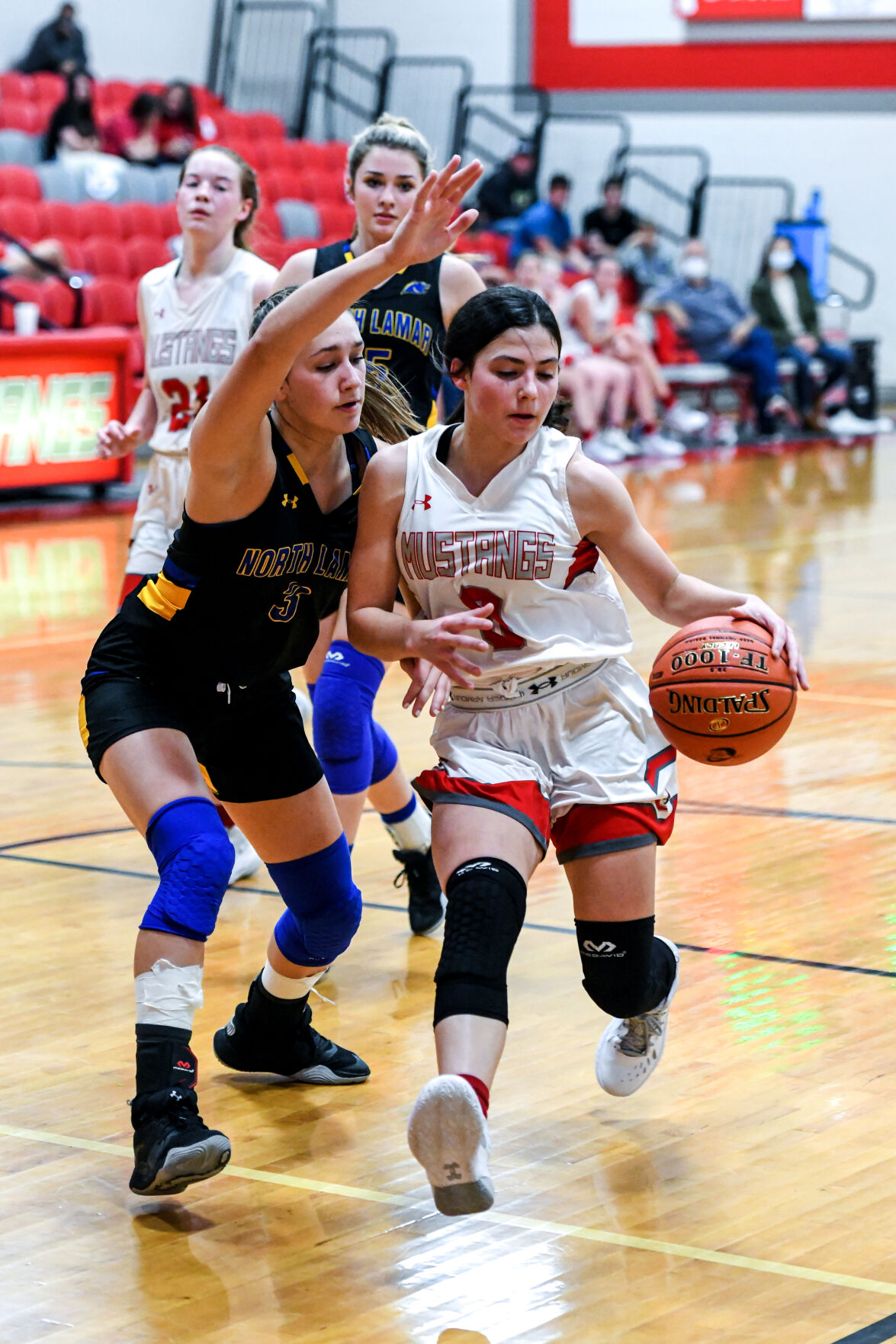 Pictured, North Lamar Pantherette Cydnie Malone goes up for a layup in Friday's win over Chisum.

It was a defensive battle from the start, but ultimately it was the North Lamar Pantherette basketball team who came away with the strong 37-22 win in an intra-city matchup against the Chisum Lady Mustangs.

With the win, the Pantherettes move to 6-0 in this young season, having been playing exceptionally strong basketball of late.

The Pantherettes’ defensive intensity allowed North Lamar to jump out to a comfortable early advantage, outscoring Chisum 12-1 in the opening period and preventing the Lady Mustangs from making a field goal.

The second quarter didn’t go much better for Chisum offensively, and headed into halftime, the team had tallied just six total points.

To Chisum’s credit, they did a good job defensively themselves, limiting the usually electric North Lamar offense to just 21 first half points.

The Lady Mustangs were able to get some better offensive production going in the second half, but not enough to cut into the Pantherettes’ lead at all. Chisum scored 16 second half points, including seven from guard Peyton Holland.

For Chisum, Holland and Emma Garner led the team with seven points apiece. Ava Lamb had three points, Harmony Marsh finished with two and Hannah Ford, Brylee Marshall and Chloe Prestridge each had a point.

North Lamar played Saturday against Edgewood, but the score was not available by press time.

How important is additional Covid-19 relief?

Congress is returning to Capitol Hill for one final attempt at deal-making on year-end business. Covid-19 relief, a $1.4 trillion catchall spending package, and defense policy — and a final burst of judicial nominees — dominate a truncated two- or three-week session. While lawmakers will need to pass a stopgap spending bill known as a continuing resolution to keep the government running, how important is it to you that they approve more spending for Covid-19 relief?