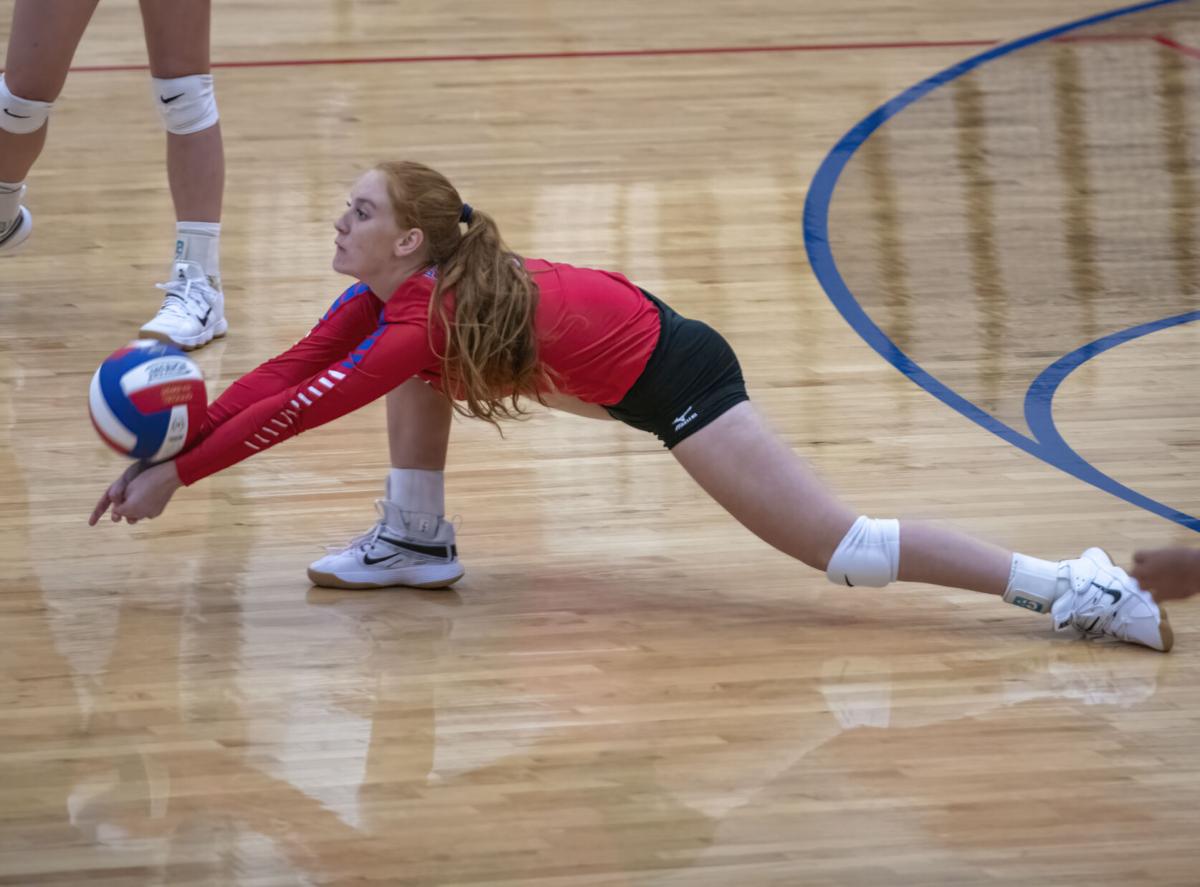 Pictured, Prairland libero Lanna Riney dives to save the ball in Tuesday’s match against Rains. 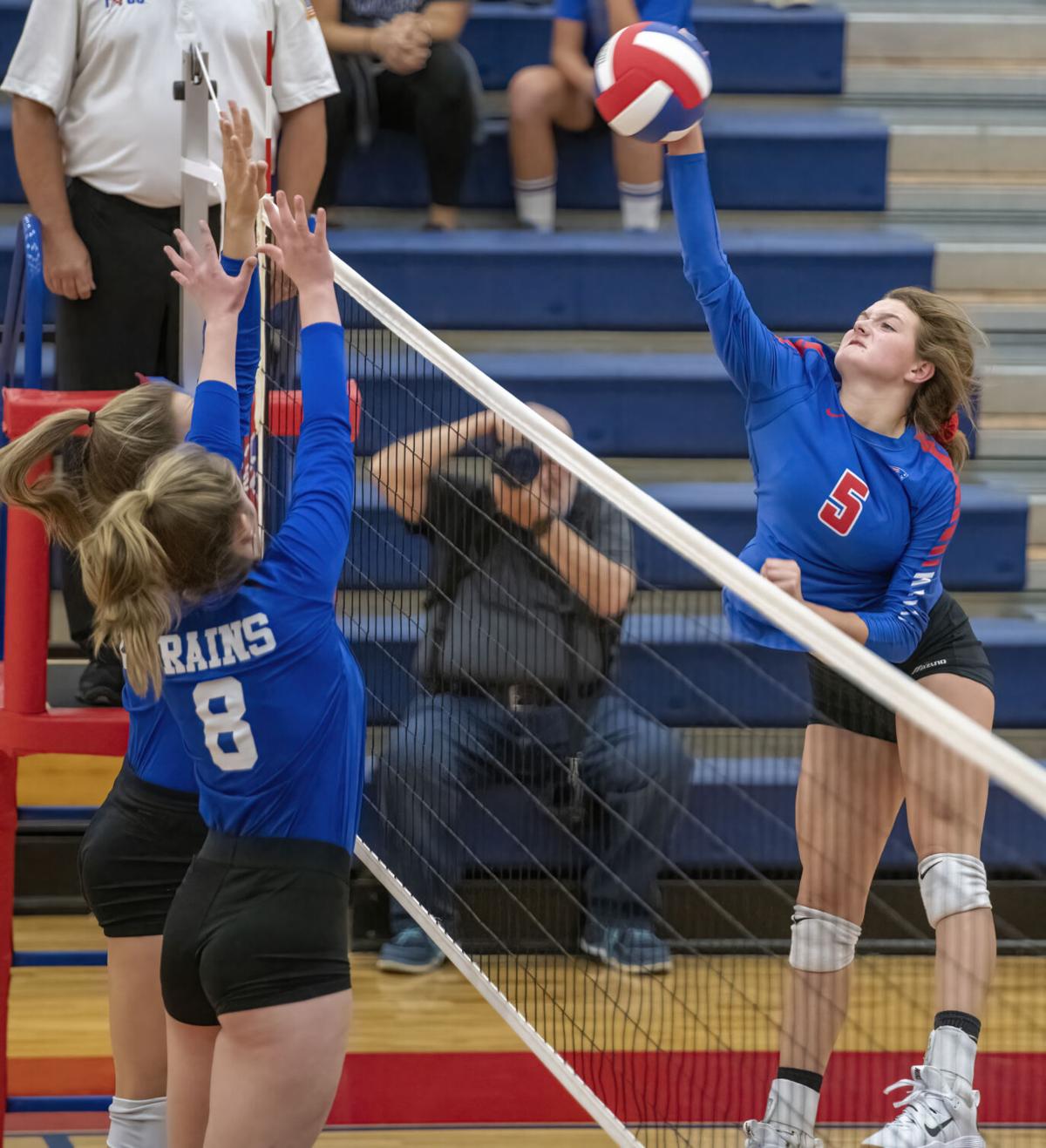 Reese Parris goes for a kill against Rains on Tuesday. 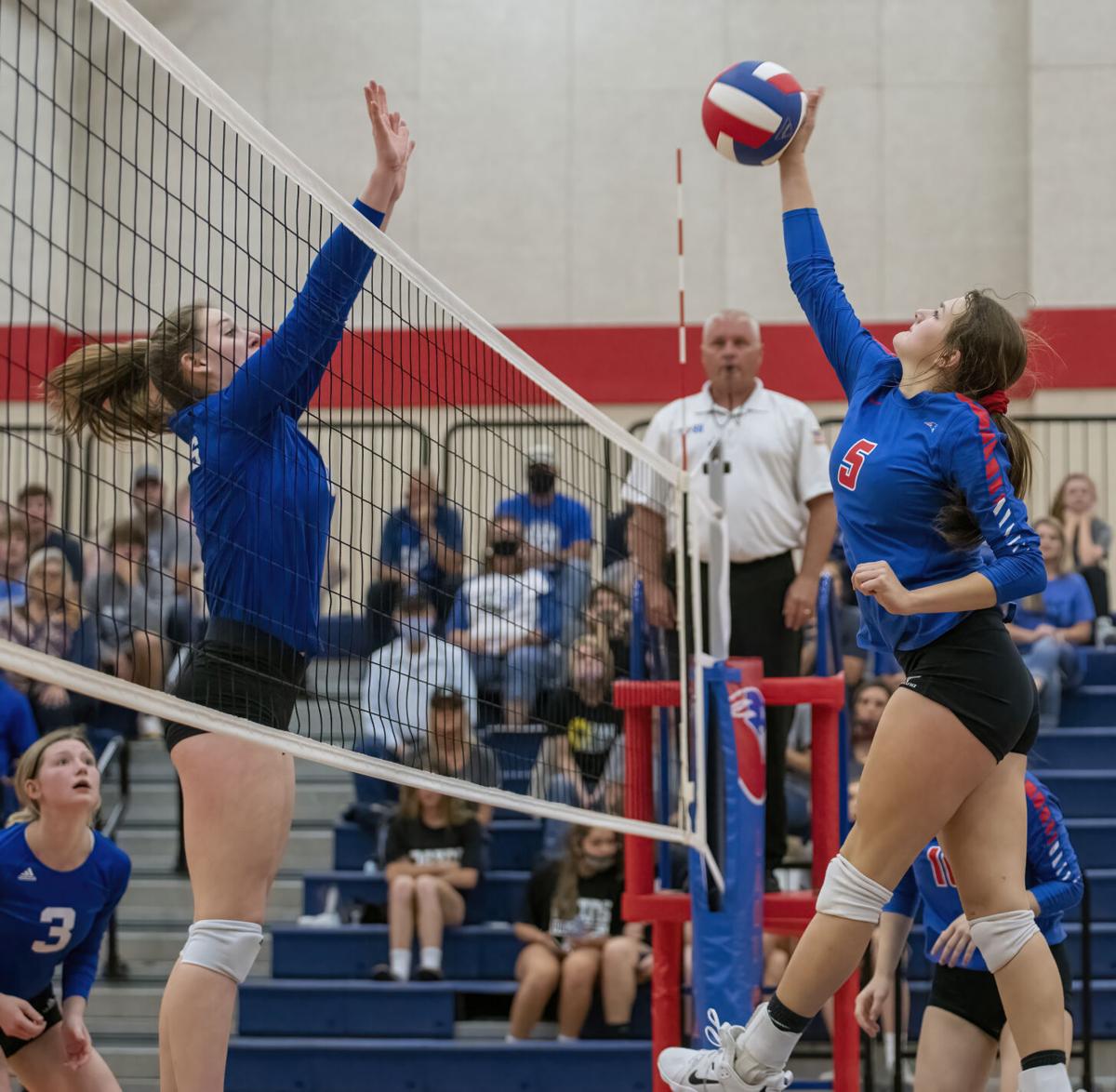 Reese Parris goes up for a kill against Rains. 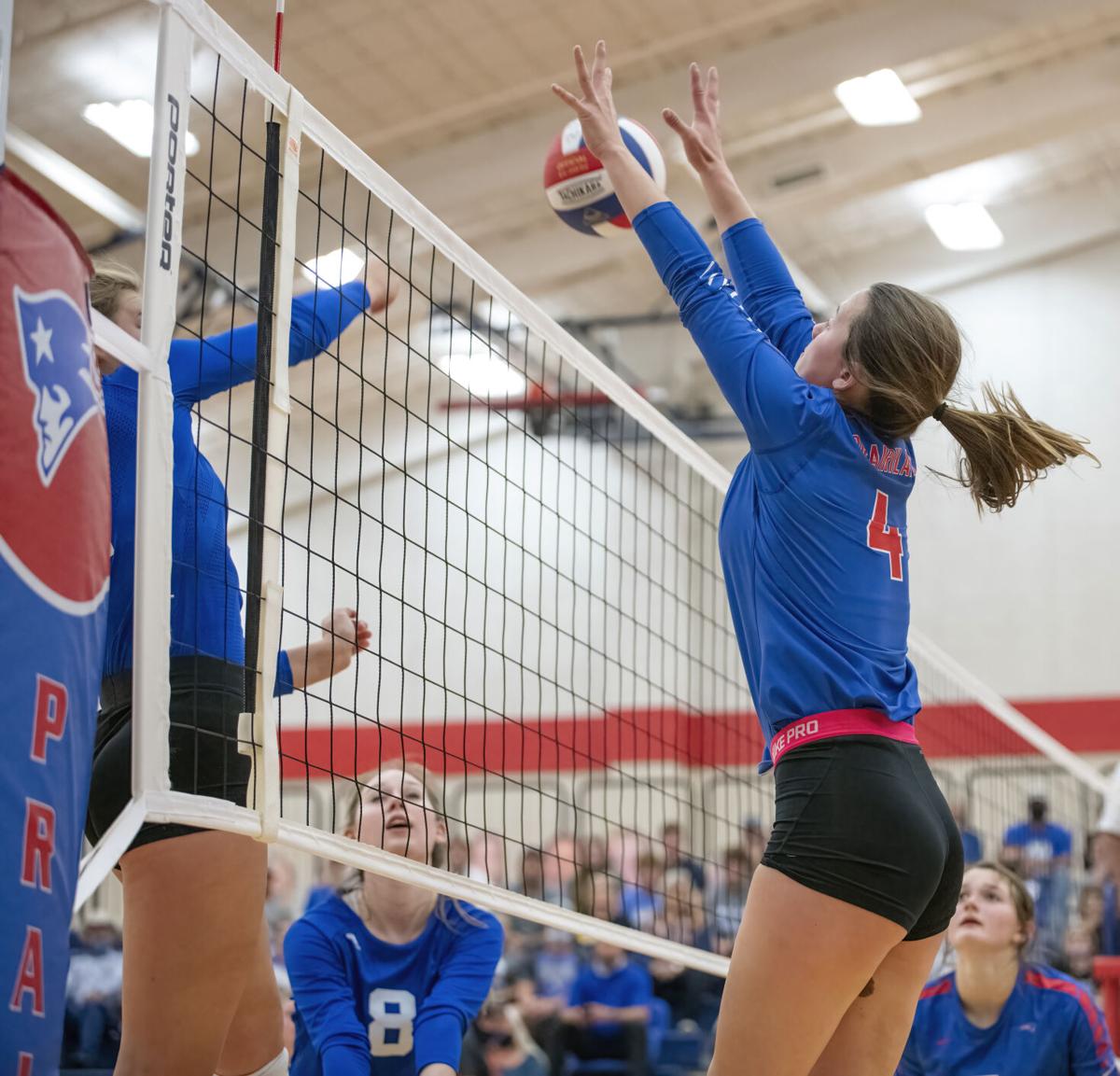 Ali Sessums puts up a shot against Rains on Tuesday.

Pictured, Prairland libero Lanna Riney dives to save the ball in Tuesday’s match against Rains.

Reese Parris goes for a kill against Rains on Tuesday.

Reese Parris goes up for a kill against Rains.

Ali Sessums puts up a shot against Rains on Tuesday.

In the first meeting of the two best teams in District 12-2A Region II, the Prairiland Lady Patriots earned an impressive victory over the Rains Ladycats. On Tuesday, Rains got their revenge on the Lady Patriots, downing them in three tightly contested sets, 28-26, 25-18, 25-22.

The Lady Patriots found themselves in a big hole early, something that would become an unfortunate trend in the match. Behind some solid play by their front line, Rains was able to start the match on a 7-1 run before head coach Emily Vanderburg was forced to use one of her timeouts to settle her team down.

As they did all evening long, though, Prairiland rallied and fought back. Big kills from Abi Farmer, Reese Parris and TJ Folse helped the team rally, and soon the Lady Patriots found themselves down just three points, trailing 12-15.

A few points later, Prairiland would take its first lead of the match late in the first set when they went up 19-18.

“Despite the slow starts, they did fight back and I’m proud of that,” Vanderburg said. “I feel like maybe at times it was a little late, but I give my girls props for trying to fight back.”

The first set had as dramatic a finish as you’re going to see, as both teams stared down set points and fought to stay alive. After an exciting back-and-forth, Rains eventually put the set away with an ace.

In the second set, the Lady Patriots did not find themselves in a big early hole like they did in the first set, but nevertheless wound up playing catch-up for much of the set.

Their largest lead of the set came early in the set, when a mammoth kill by Parris put them ahead 5-3.

However, Rains pushed ahead soon after that and didn’t look back. When Rains pushed the lead to 13-8 Vanderburg called another timeout, feeling that the set was slipping away from them.

Again, it helped refocus the team, and coming out of the timeout Prairiland was able to again go on a run and eventually pull within a single point when they closed the deficit to 15-16.

Unfortunately for Prairiland, Rains answered their run with a run of their own, and they would only score three more points in the set.

In the third set, Prairiland again found themselves in a big hole early. Rains was able to rattle off nine straight points before the Lady Pats could get on the board.

Vanderburg said her team seemed out of sorts after she made a defensive switch designed to slow Rains outside hitter Haley Kreck, the Ladycats’ most dominant offensive weapon.

“We didn’t do very well at first with the adjustment I tried to do,” Vanderburg said.

Eventually though, the team did start to see some positive results from the adjustment, and Farmer was able to put in some stellar defensive stops against Kreck.

“What’d (Farmer) do? She blocked (Kreck),” Vanderburg said. “She stuffed her. Then another time she stuffed her and it went out, but she got hands on her. And that’s what I needed.”

Prairiland was able to get some more points on the board and cut the deficit to 7-12 on a block from Farmer.

For some time, the lead stayed right around six points, as the two teams veritably traded kills.

Eventually, though, trading points became insufficient to make a comeback. Down 18-24, with Rains only a point away from closing out the entire match, the Lady Patriots showed they weren’t going down without a fight.

Though it was ultimately too little, too late, they mounted a furious rally and closed the gap all the way to 22-24 with points from Folse, Parris and Ali Sessums before the Ladycats found their last point to take the set.

Chloe Raley led the team with 19 assists to go with eight digs, and Kyndal Yaross finished with a team-high 15 digs.

Vanderburg said the loss might’ve been just the wakeup call the Lady Patriots needed heading into the last few matches of the regular season. She also added that it now puts more pressure on the team to win out if they want to capture at least a share of the district crown.

If district play ends with Prairiland and Rains tied, the teams can elect to play a tiebreaker match or flip a coin to determine which squad will get the top playoff seed. If it comes to that, Vanderburg said, she might prefer the rematch to a coin flip.

“I feel like I’ve got a lot of fighters on my team,” she said. “I feel like if we were to play a third game, they would respond well to that.”