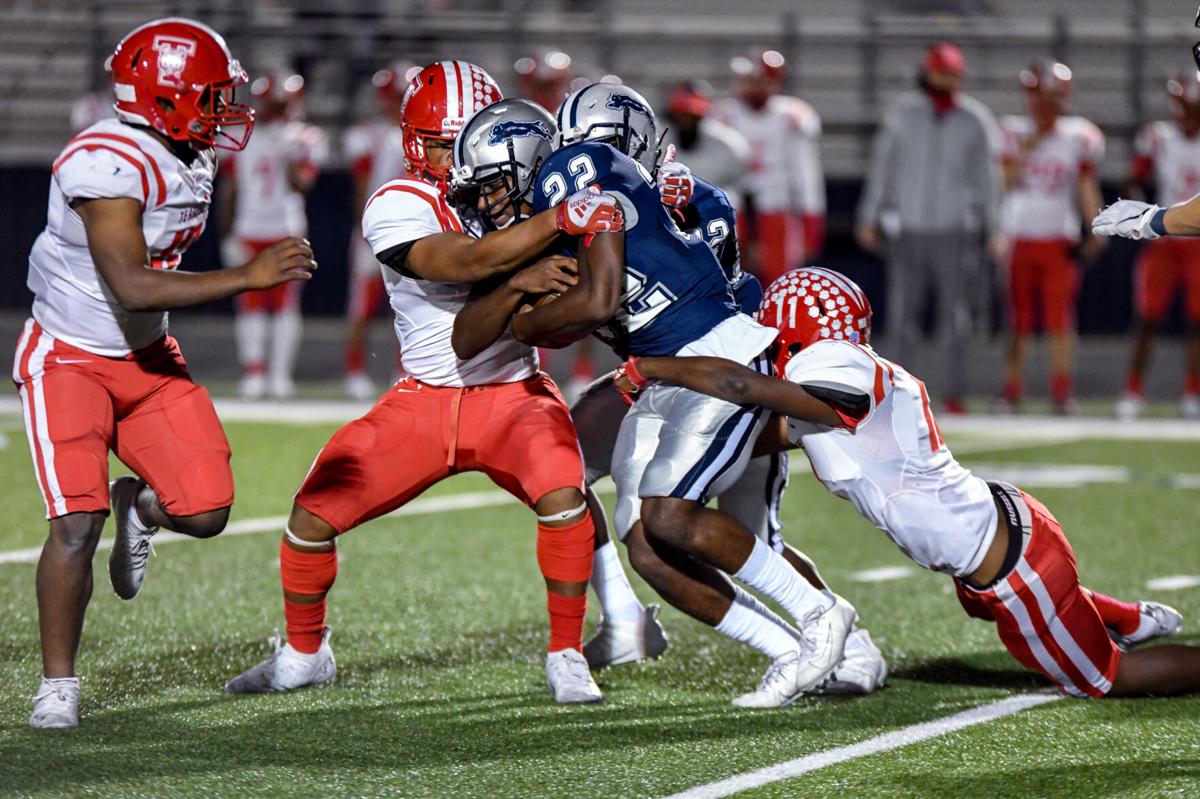 Paris Wildcat Zy’kius Jackson drags a pair of Terrell defenders for a gain during Friday night’s 32-10 win over the Tigers. 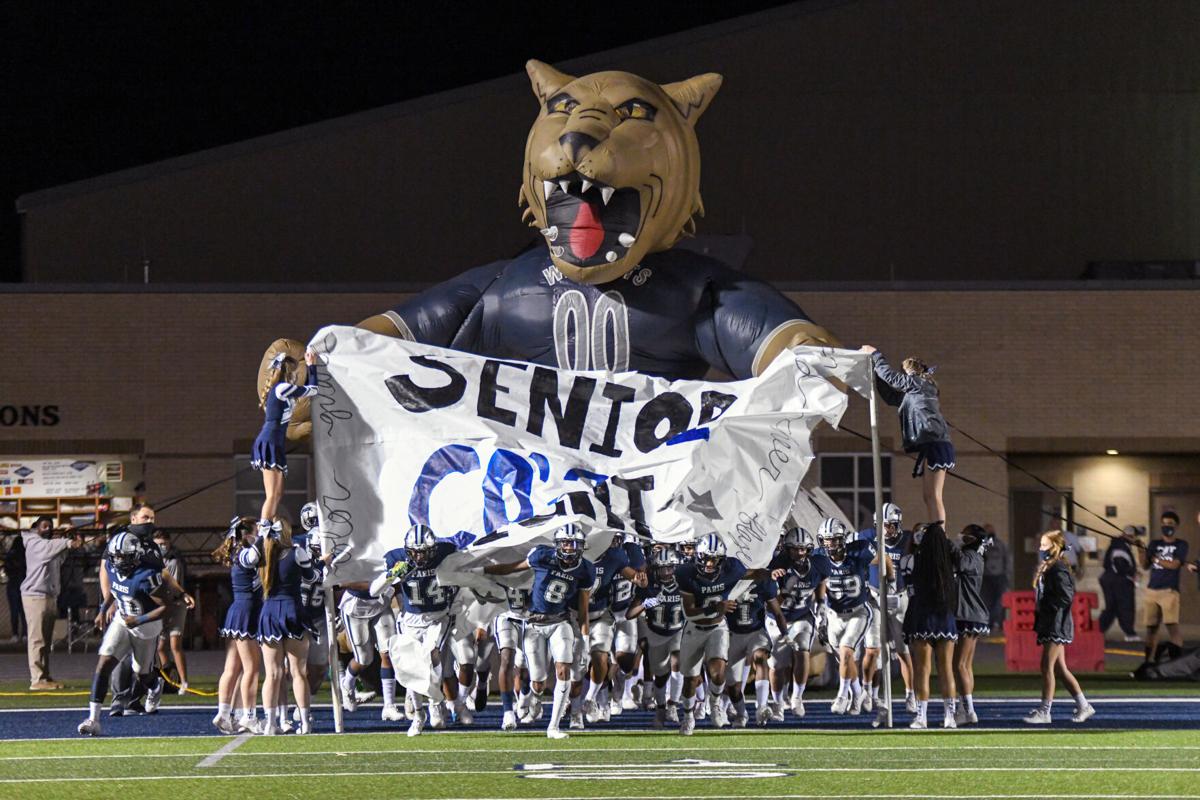 The Paris Wildcats take the field at Wildcat Stadium for the first time in over a month on Friday. 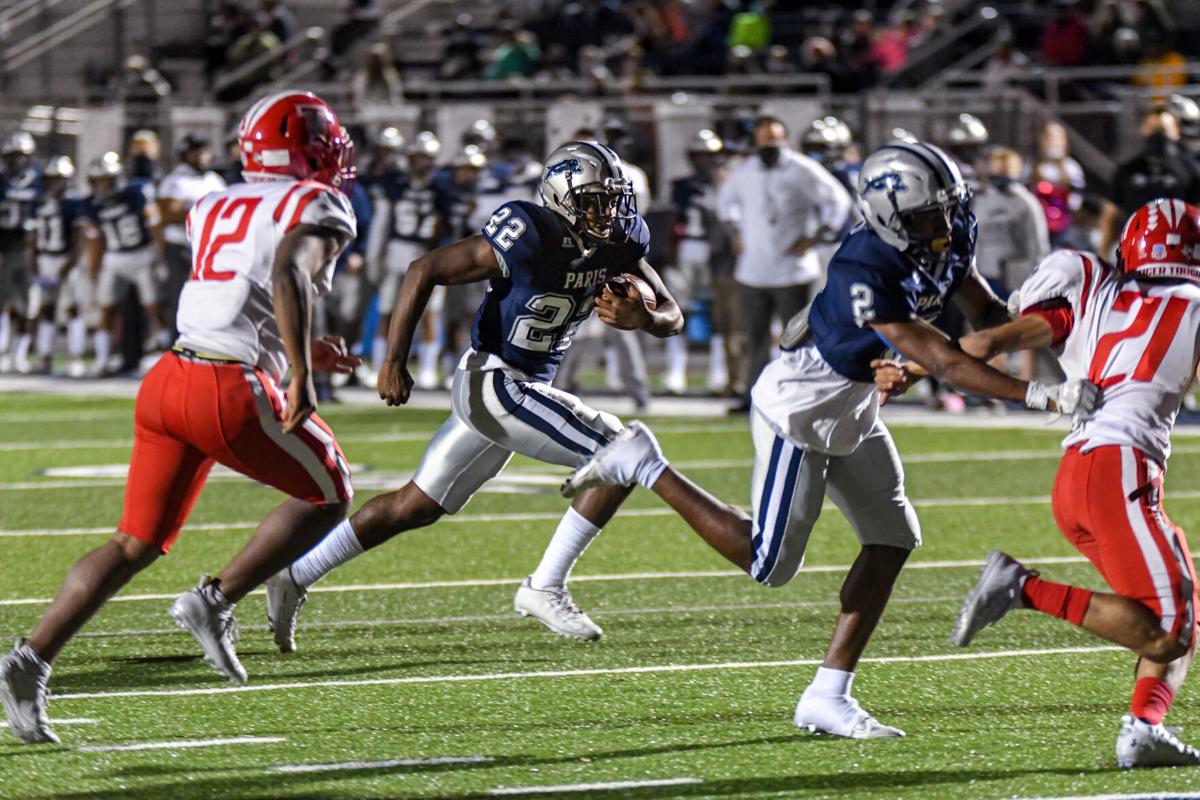 Zy'kius Jackson runs the ball against Terrell on Friday. 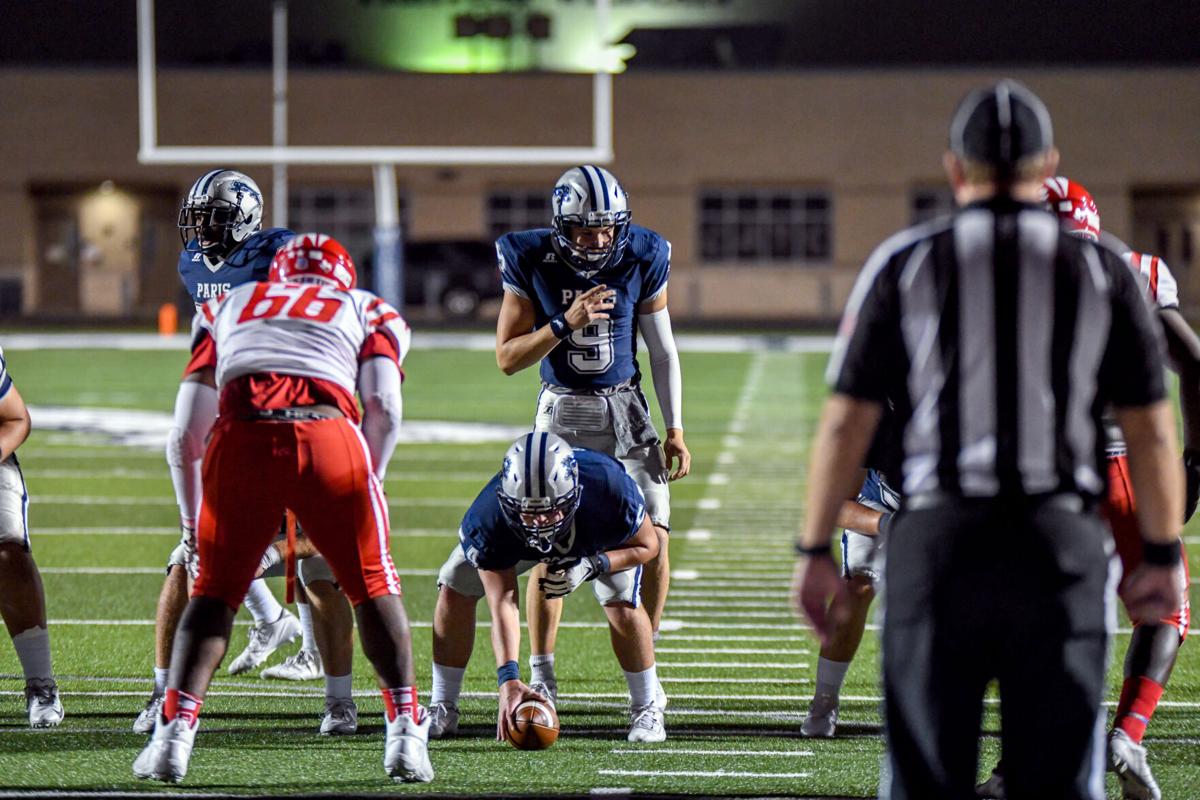 Paris Wildcat Zy’kius Jackson drags a pair of Terrell defenders for a gain during Friday night’s 32-10 win over the Tigers.

The Paris Wildcats take the field at Wildcat Stadium for the first time in over a month on Friday.

Zy'kius Jackson runs the ball against Terrell on Friday.

Entering Friday’s game against the Terrell Tigers, it had been more than a month since the Paris Wildcats last played in front of their fans at home, a Sept. 11 loss to Pleasant Grove. They made a statement in their first game back at home since Week 3, though, easily throttling the Tigers 32-10.

“It feels great (to be playing at home again),” Paris running back Zy’kius Jackson said after the game. “It’s great to pull off a win in front of everybody like this.”

“That’s something we talked about this week, was how long it’s been since we played here,” head coach Steven Hohenberger said. “I thought the kids handled the mental aspect of what we do at home leading up to the kickoff really well.”

Paris didn’t waste any time before drawing first blood. The Wildcats forced Terrell into a quick three-and-out, and then — thanks to some very favorable field position following a shanked punt by the Tiger kicker — only needed three plays to set up a touchdown run by Jackson from roughly six yards out.

The extra point by Luis Ibarra was true, and only about two and a half minutes into the game, Paris was up 7-0.

Terrell found some success moving the chains in their subsequent possessions, but for much of the game, the stalwart Paris defense did a good job keeping the Tigers out of the end zone and out of field goal range.

The first quarter moved at a brisk pace thanks to both teams’ proclivity to run the ball, and as a result Paris only had two possessions in the opening stanza.

When the second quarter started, however, the Wildcats wasted no time in finding their way into the end zone again when the ball was pitched to running back KD Washington.

Washington cut back across the field, scampering roughly five yards in the opposite direction before turning a corner along the Terrell sideline and running it in for the score. The PAT was again good, and Paris was able to stretch its lead to 14-0.

The Tigers’ primary offensive weapon was sophomore Kanye Nix, a dual threat quarterback with enough speed to blow by defenders and an arm capable of airing the ball out for big passing gains as well. And while he did have moments and individual plays where he shined, by and large the Wildcats did a good job keeping him under wraps.

“Coming into it, we knew he was an athlete and he was talented,” Paris defensive back LaDainian Council said. “Basically we shut down the running, shut down the passing and tried to make him get out of the pocket. We tried to put pressure on him to make him do something, and we did that.”

Council played a big role in keeping Nix in check, finishing the game with some

Paris did indeed put the necessary pressure on Nix, and it consistently led to Terrell’s drives stalling out.

The Tigers’ only points of the half came in the waning moments of the second quarter, when they were able to get far enough into Paris territory that they could kick a field goal to cut the deficit to 14-3 after the Wildcat defense again prevented them from reaching the end zone.

On their first possession after halftime, Paris methodically marched the ball downfield, with Jackson receiving most of the handoffs.

Jackson was stellar all game long, finishing with 129 rushing yards.

“I’ve been working all week, and it was just a case of taking what the defense gave me,” he said. “My adrenaline, my recklessness helped me have a good game tonight.”

The offense picked up right where it left off the next time they took the field. Crafty play by Paris’ cadre of running backs and some excellent blocking from the offensive line allowed the Wildcats to move the ball at will against a Tiger defense that looked completely out-matched.

“We’ve got a lot of talent, and everyone is a key to every victory in this road we’re on,” Jackson said.

Paris’ next touchdown came later in the third on a short run up the middle, putting the team up 26-3. The touchdown was made possible by an impressive run of the preceding play that got Paris to the goal line. Washington had bowled through a Terrell defender like he wasn’t even there, and then practically carried four attempted-tacklers on his back to drag the ball to the 7-yard line.

Terrell was finally able to find their way into the end zone in the fourth quarter, but it was too little, too late. And just for good measure, Paris again scored one more touchdown, this time on a Dabbs touchdown run that saw him weave in and out of defenders’ grasp and into the end zone.

“It’s so good to see kids when they have a great week in practices and then they show up on Friday night,” Hohenberger said. “That’s what I told (Dabbs), that that was a credit to his week of practice.”

Council and Trentarious Tennon, who each finished with five tackles, made a much bigger impact on the game than the stats indicate, as they were instrumental in stopping Nix.

Following the two-week hiatus and the pair of forfeit losses caused by Covid-19, Paris’ goals for the season slightly changed. However, Jackson said it hasn’t changed the team’s approach at all.

“We’re staying really optimistic and we know we can still accomplish our main goal, which is to make it to states,” Jackson said. “We’ve still got to play wide open, aggressive and everything. And hopefully we can come out and do it again next week against Kaufman.”